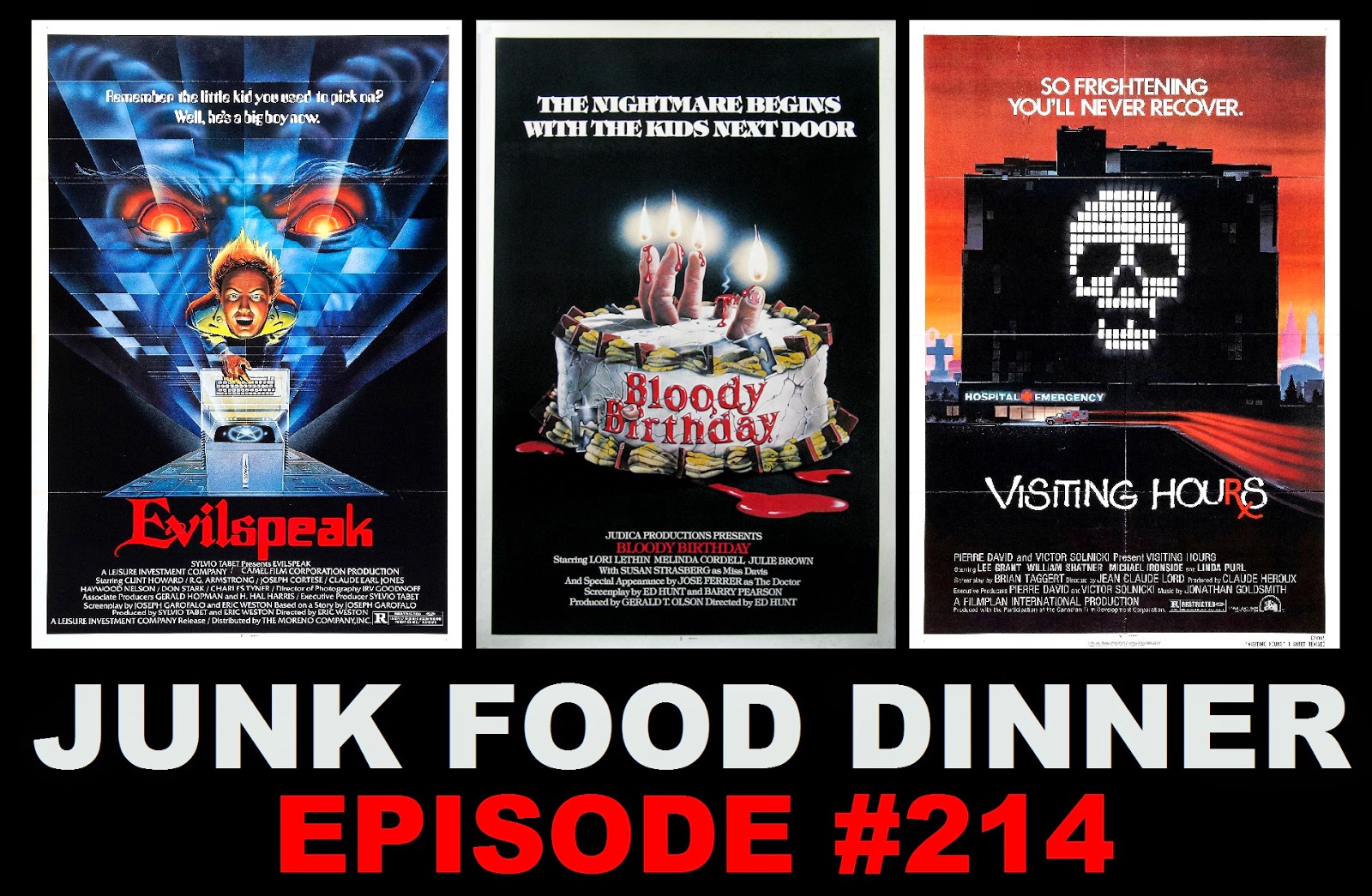 Summer's officially here kids, so Junk Food Dinner getting the time machine out of the garage, firing it up and traveling back to that distant time, the early 80's, to raid the local video store's horror shelf. But we're not on this adventure alone. No, this week we are joined by none other than Mike Dikk from the world-famous Kissing Contest Podcast.

Up first, Clint Howard summons the Dark Lord himself via some ancient text and an ancient computer in order to get the power he needs to exact revenge on the bullies and teachers who are making his life a living hell (get it) in Evilspeak from 1981.

Then, three 10-year-old kids who share a birthday turn murderous due to an eclipse on the night they were born. These vicious tykes (including the lovable scamp Billy Jacoby) get real raw as they pick of family members and neighbors in 1981's Bloody Birthday.

And finally, Michael Ironside is a racist,misogynist psychopath who doesn't take too kindly to female reporter Lee Grant's progressive views. But when his first attempt at bumping her off fails, he begins to terrorize the hospital where she's a patient. Also William Shatner pops in and out for no reason in 1982's Visiting Hours.

All this plus witty banter between friends, requests to keep up the good work, stories about crying, Nerd News, Blu-rays, vintage 7-Up cans and so much more!

Got a movie suggestion for the show, want to give your opinion on a movie we talked about or just want to tell us we suck? Drop us a line atJFDPodcast@gmail.com. Or leave us a voicemail: 347-746-JUNK (5865).Also, if you like the show, please take a minute and subscribe and/or comment on us on iTunes, Stitcher, Blubrry or Podfeed.net.We are not only feuled by Satan (and our computers) but also your love and support.
Labels: Billy Jacoby Billy Jayne Bloody Birthday Clint Howard Evilspeak Horror Michael Ironside Mike Dikk Podcast Visiting Hours William Shatner