JFD359: Mudhoney, Beyond the Valley of the Dolls, Supervixens 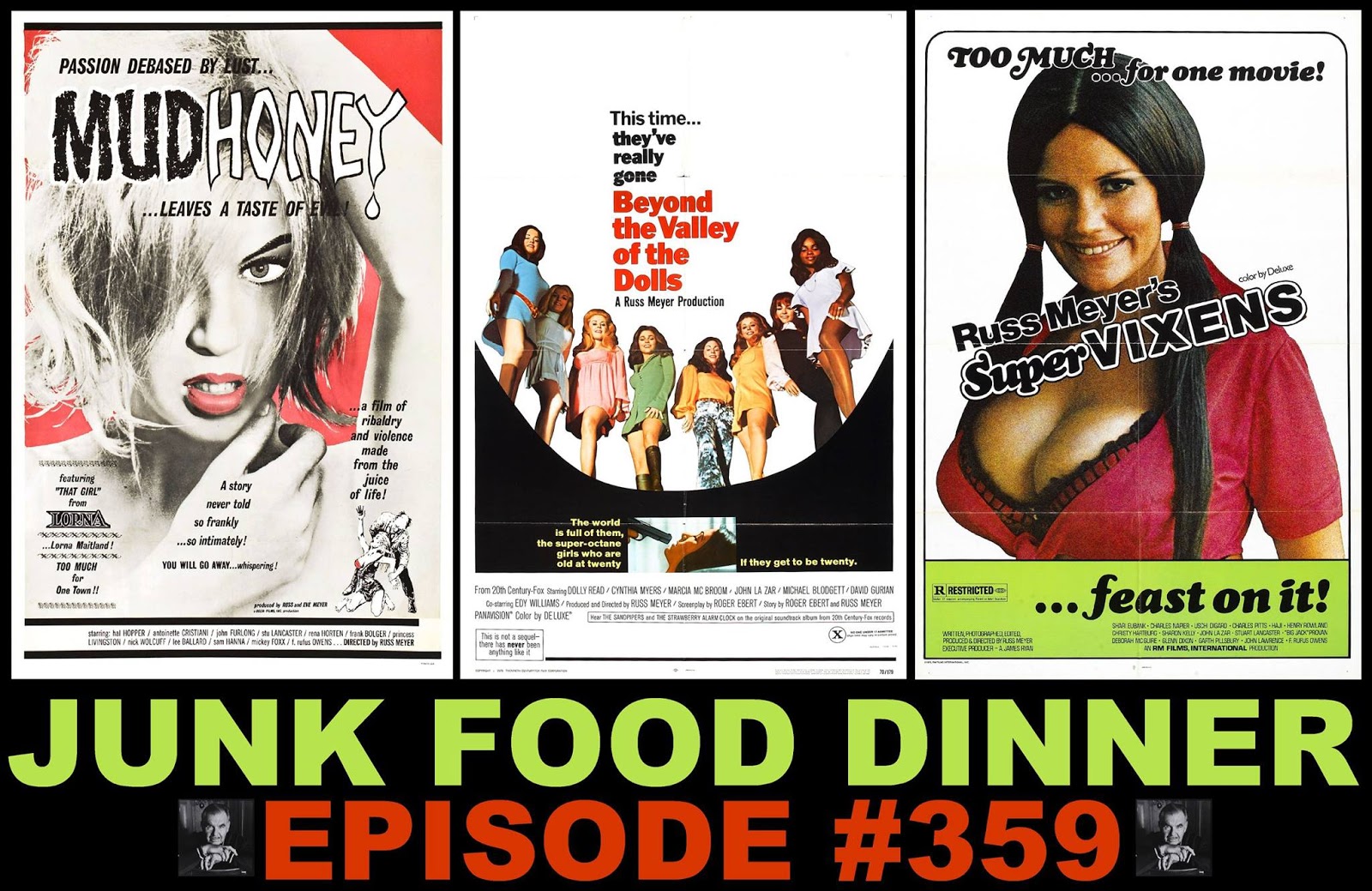 It's Russ Meyer week, and naturally we're busting out of our tops along with the lovely ladies of the rural Fellini! So button up your blouse and get ready to hit the road, we've got some flicks to discuss.

First up! An early Russ Meyer effort pairs him with cinematographer Walter Schenk, who'd go on to lens Faster Pussycat. But who cares about Dutch angles when we've got American titties on display? It's a back country bra burning barn stormer! Of course we're talking 1965's Mudhoney!

Next! In what can likely be called Roger Ebert's cinematic low-point, and likely John Lazar's most titillating performance, we meet up with Russ Meyer in his sole big-budget studio production - a strange pseduosequel/parody of a well-known but not particularly well-loved teen drug drama. It's OUR happening and it freaks US out, man! We go Beyond the Valley of the Dolls (from 1970), and some of us may never come back!

Finally, Charles Napier shows up and things really go to shit. A later period Russ Meyer flick finds him fixated on Looney Tunes style cartoon gaffes, and of course, a wholesome dose of big-ass boobs. It's a film experience none of us could ever forget, nor would we want to. It's the incomparable Supervixens from 1975.

All this plus witty banter between friends, the rudest titties of any JFD of all time, more Patreon shilling, Ricky's SXSW report, a double dose of news sadness, cartoons that harshed our mellow, them weekly news and Blu-ray Picks, continued lack of overt police involvement, dry sneezes, wet belches, mega-decrepit erections, partially hydrogenated gleeks and a whole lot more!

Also, if you like the show, please take a minute and subscribe and/or comment on us on iTunes, Stitcher, Blubrry or Podfeed.net. Check us out on Facebook and Twitter! We'll tip the bucket for your love and support.
Labels: comedy exploitation Junk Food Dinner Podcast Rude Titties Russ Meyer The Rudest Tittiest I Ever Saw in My Goddamn Life Titties