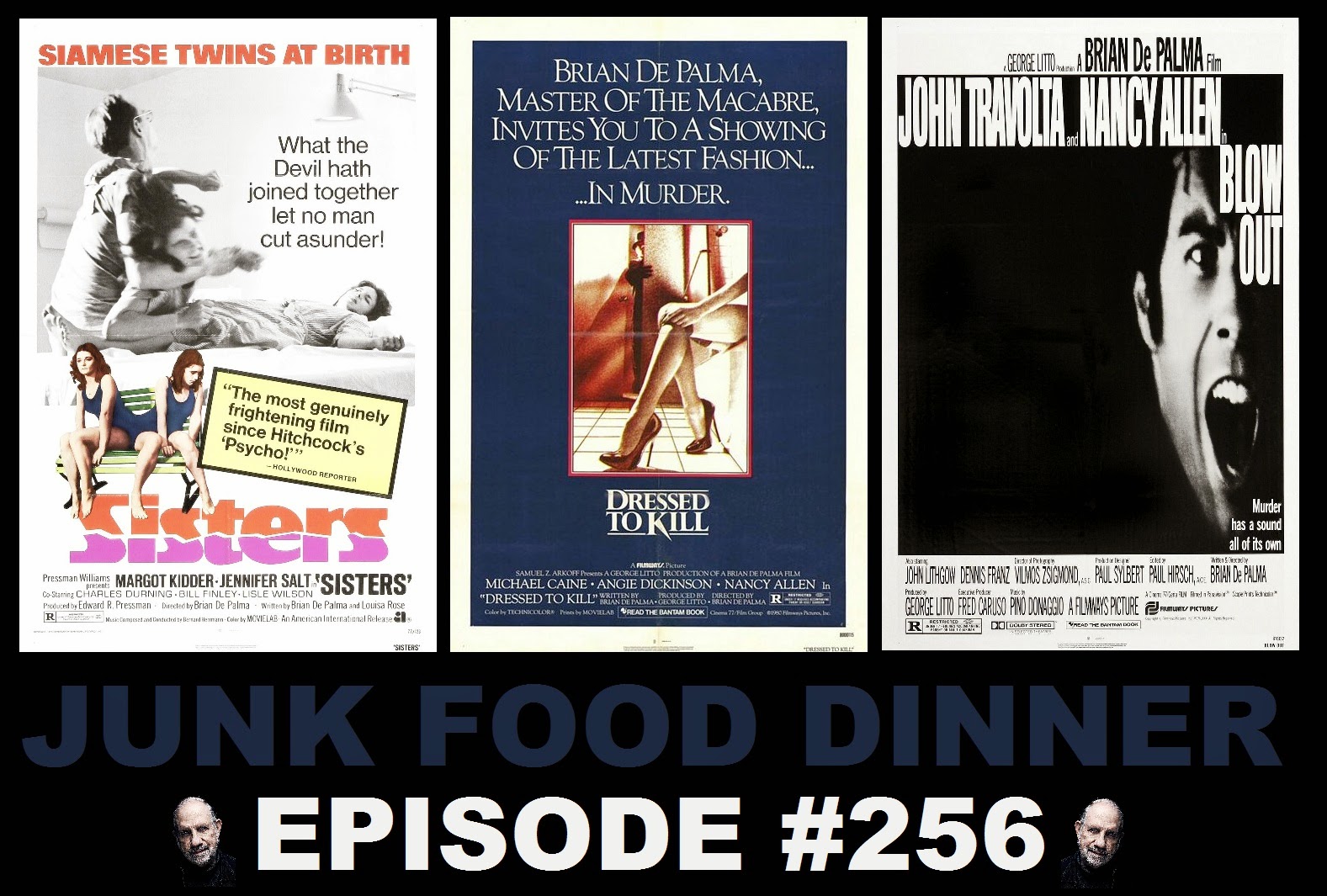 JFD is back and still riding high off our 5-year anniversary we decide to take it up a notch by inviting none other than Cory from the world famous Illogical Contraption radio show to come on and party with us! And party we shall, because this episode is no regular-ass episode, oh no. Tonight we explore some early films from one of the masters of suspense Mr. Brian De Palma!

Up first, Margot Kidder is a French-Canadian living in New York. When she appears on a hidden camera game show with Lisle Wilson, the two go out on a date. But she's carrying a dark secret involving her twin sister which leads to murder. But when her neighbor across the street (Jennifer Salt) witnesses the murder, the race is on to figure out just what the hell is going on in Sisters from 1973.

And finally, John Travolta is a sound engineer for crummy b-movies (you know, like the ones we cover on this podcast), but when he's out one night recording sound effects, he witnesses a car drive off the road and into a stream. After saving the girl inside (Nancy Allen) he finds out that the guy driving the car was a potential presidential candidate and it's up to him, Nancy Allen and Dennis Franz to figure out just what the hell is going on in Blow Out from 1981.

Got a movie suggestion for the show, want to give your opinion on a movie we talked about or just want to tell us we suck? Drop us a line atJFDPodcast@gmail.com. Or leave us a voicemail: 347-746-JUNK (5865).Also, if you like the show, please take a minute and subscribe and/or comment on us on iTunes, Stitcher, Blubrry or Podfeed.net. We'll figure out just what the hell is going on with your love and support.
Labels: Angie Dickinson Blow Out Brian De Palma Cory Sklar Dennis Franz Dressed to Kill Illogical Contraption Jennifer Salt John Travolta Margot Kidder Nancy Allen Podcast Sisters