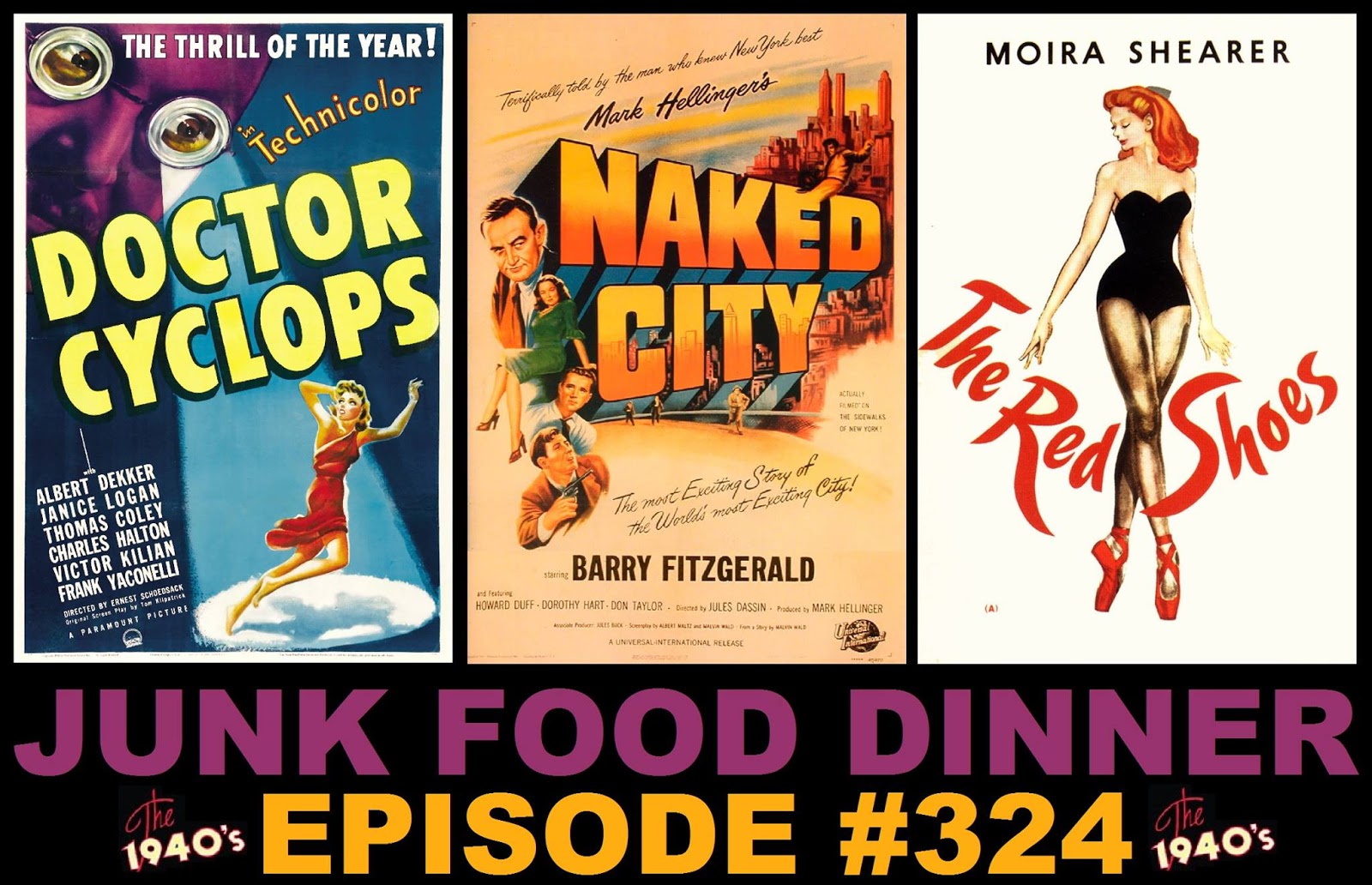 Well, all that money spent on night school remedial math has paid off, because we've counted our way all the way to the 1940's. This week we cover three Atomic Age flicks in our latest, and some say greatest, iteration of the #JFDecades project. And we're joined by Sebastian Bendix (of Friday Night Frights / Cinefamily) for all of it!

First up! Honey, they've shrunk the scientists. It's Doctor Cyclops, the 1940 technicolor sci-fi feature in which a Peruvian mad scientist with poor vision shrinks down a team of meddling American scientists so he can take a nice long nap. It's got a prickly-pear cactus-smashing that has to be seen to be believed.

Next! They say there are 8 million stories in the naked city, but we're only reviewing one of them this week: specifically, The Naked City (1948)! The genesis for a late 50's TV series, this New York film noir blends elements of documentary film making and traditional crime action.

Finally! Continuing Junk Food Dinner's long tradition of covering all the Criterion-level classics, we tiptoe into the world of British ballet with The Red Shoes (1948). A tragic tale of love, loss, and dance, this film fits squarely into JFD's typical canon. It's classy.

All this plus witty banter between friends, An Ernest Dickerson update, Stranger Things and retro-pandering, Dan Harmon versus indifference, out of the woods and into the witch, Jared Leto presents San Diego Comic-Con International, Bronson's Loose in Tahoe, California Nerd News & Blu-ray Picks, continued lack of overt police involvement, sneezes, belches, gleeks and a whole lot more!