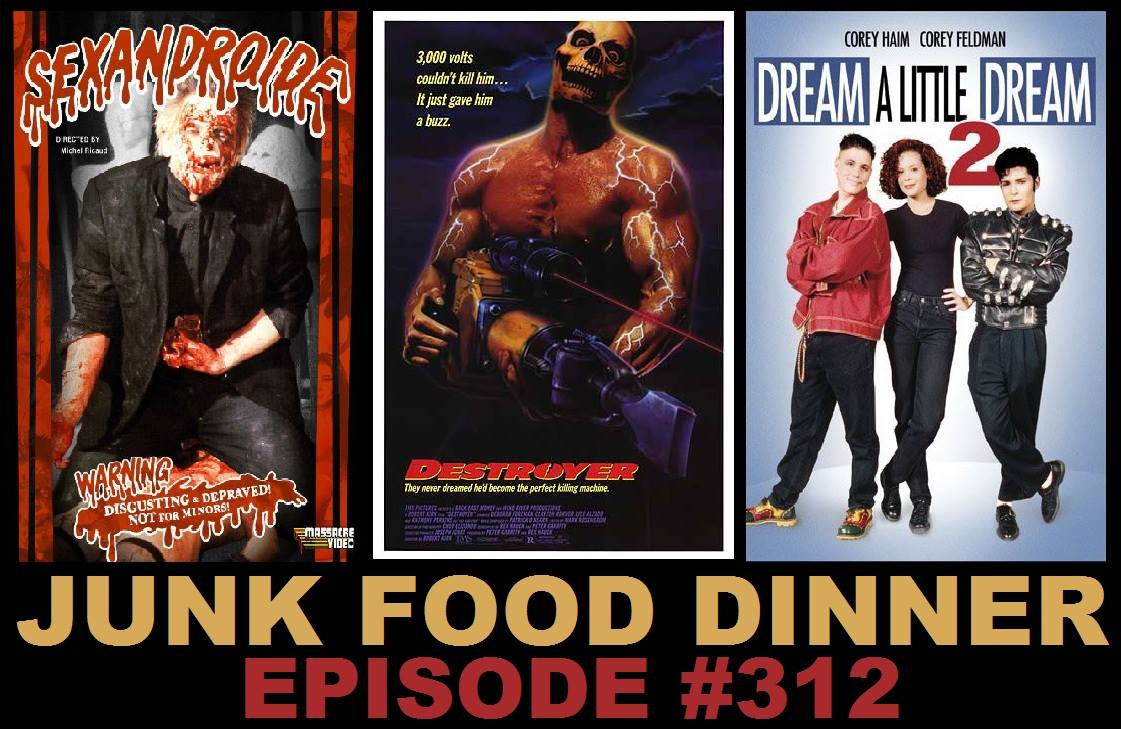 It's the eve of a Cinco de Junk Food in-person cross-podcasting meet-up extravaganza, and excitements are running high. The only things that could stoke the flames of our cult movie related ferver even higher is a calendar-mandated exploration of this week's three weird-ass flicks. Join us this week to hear three men at the edge of their movie watching limits.

First up! Mutilation, sex, and Tina Turner collide in the softcore s&m French sleaze fest Sexandroide from 1987! Recently released by Massacre Video, this is the film that caused some to cry aloud that Ghoul Spring had arrived.

Up next! Psycho homages (and homages to just about everything else) abound in this hybrid women-in-prison/action/slasher/thriller from 1988 - it could only be Destroyer! It's one of those things where someone's trying to make a movie in a jail, but those people are getting killed off by an ex-con who survived an electrocution there years earlier. Starring football player turned muscle-bound genre actor Lyle Alzado, this is probably where Wes Craven stole parts of Shocker from!

Finally! The sequel they said shouldn't happen. Dream A Little Dream 2 from 1995. It's six years later. It still has two Cory's. Parker picked it.