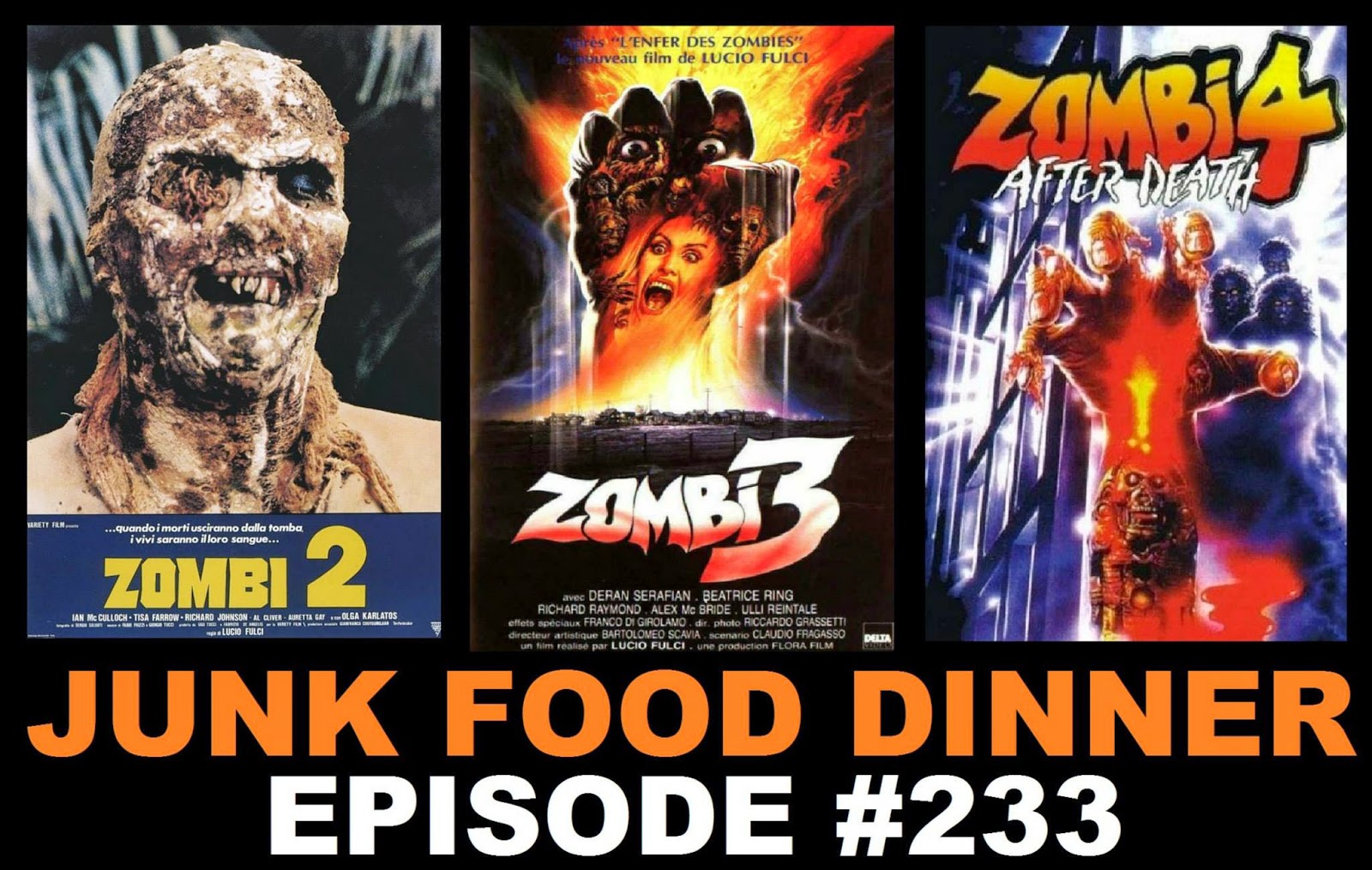 Shamble on over to your podcast machine and fire up Junk Food Dinner, because we've unearthed a trio of classic Italian Zombie flicks! It's Zombi Week as Schlocktober continues!

First up, eyeballs get poked and zombies get shark bites in Lucio Fulci's 1979 classic, Zombi 2! Spooky music and an apocalyptic Carribean jungle atmosphere shape this pseudo-sequel to George Romero's Dawn of the Dead.

Next up, we venture into the jungle once again with Zombi 3 from 1988! This not-really-a-sequel to Zombi 2 was abandoned by Lucio Fulci and finished by Bruno Mattei, but can it really be that bad? It has more zombie birds than Zombie 5: Killing Birds!

Finally, we check out Claudio Fragasso (Troll 2's) contribution to the Zombi semi-franchise, the retitled-as-a-Zombi-sequel jungle zombie picture Zombi 4 (aka After Death) from 1989! Cloth-faced zombies drool green slime for some reason, and machine guns fire sound effects instead of bullets. It's a weird one!

All this plus the wittiest banter between friends, Zombie Coughs, Scarecrow Horror Movie Chats, The Spectacle Theater Sleepover, The Zombie Code, The Steve Polychronopolous Movie, Strange Colored Blood, the Man with a Plan, Voodoo Priest Manboobs, Zombie Kung Fu, burps, sneezes, boogers and so much more!

Also, if you like the show, please take a minute and subscribe and/or comment on us on iTunes, Stitcher, Blubrry or Podfeed.net. We'll splinter our eyeballs without your love and support.