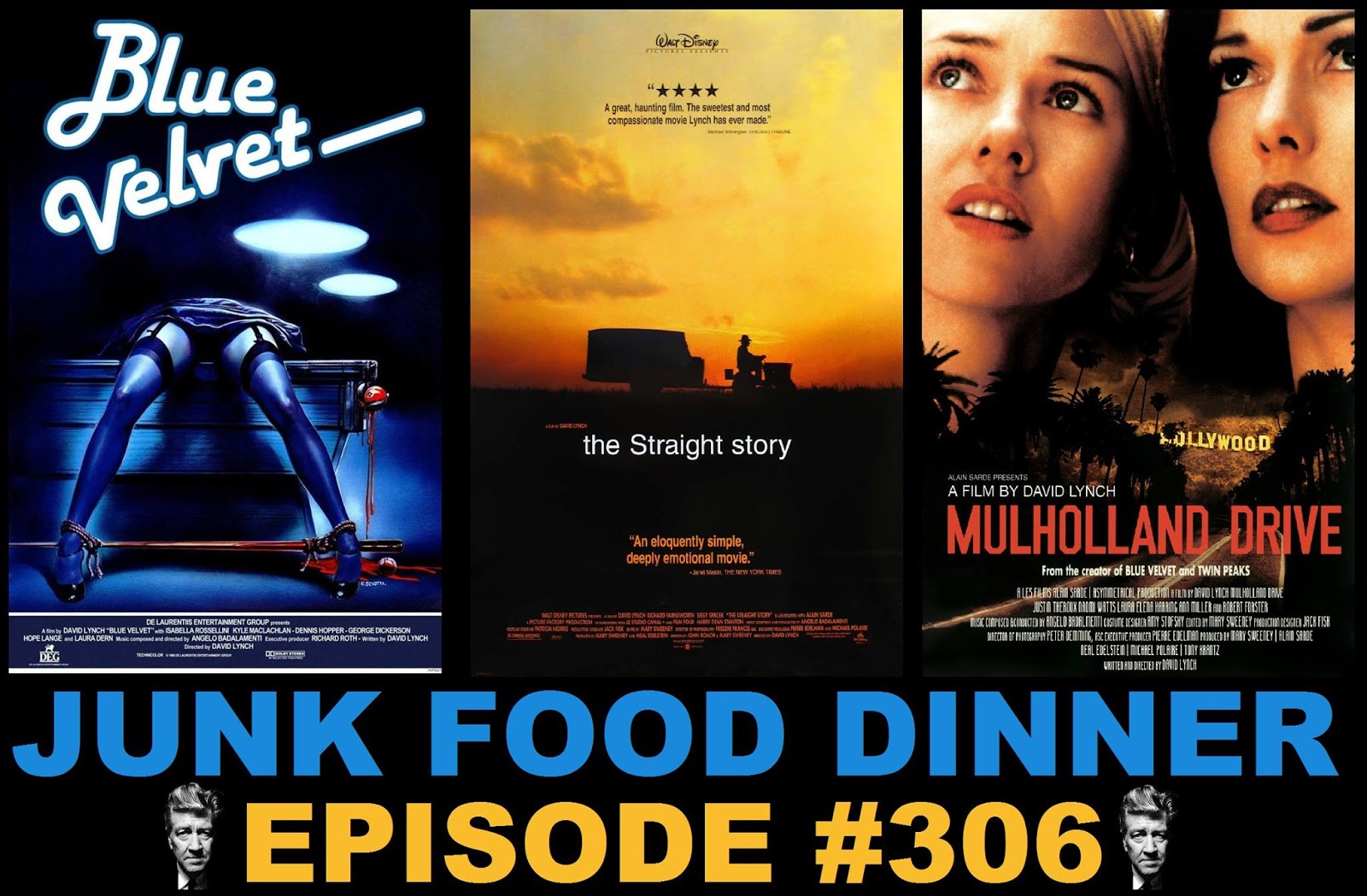 Well, strap on your nitrous oxide mask and prepare to zoom in on a slow motion match lighting. It's our second director theme show of the month as Sean brings us three of his favorite David Lynch films! The only thing that could be more exciting is the fact we're joined by Jason "Razor Babes" Frisbie of Pool Party Radio fame!

Up next! You may not have realized that David Lynch directed a heart-warming G-rated true-story family drama for Disney in 1999, but he sure did and it's definitely called The Straight Story. It stars Richard Farnsworth and Sissy Spacek. These are all true facts, we promise. But is it worth watching, or would we ride a lawn mower across state boundaries to escape it?

Also, if you like the show, please take a minute and subscribe and/or comment on us on iTunes, Stitcher, Blubrry or Podfeed.net. Check us out on Facebook and Twitter! We'll attach a normal-sized body to a tiny little dude for your love and support.