JFD368: The Night of the Hunter, Danger: Diabolik, Trackdown 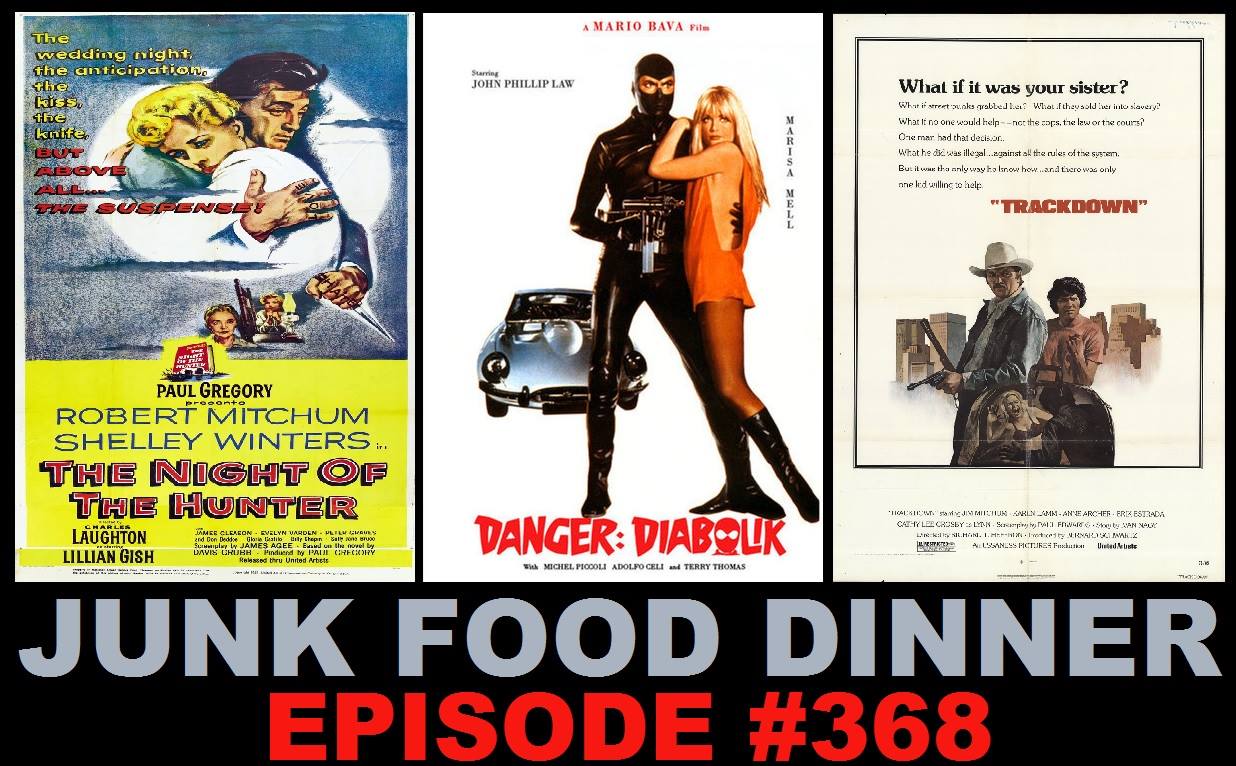 We're smack in the middle of this year's JFDecades run, and it's a hell of a show. We've got three wild flicks we found on the banks of the Ohio river, just upstream from that Sodom of the Midwest, Parkersburg!

First up! You know that movie with the "Love and Hate" finger tattoos? On Robert Mitchum? Playing a self-appointed Preacher slash serial killer? You know the one. It's 1955's The Night of the Hunter. Yeah, that one. We review it.

Next! Remember that weird Italian spy flick with the skin-tight, nostril-hugging masks? The one Mario Bava directed in 1968? Danger: Diabolik is the one! We talk all about that one.

Finally, who could forget Trackdown. This film, from 1976, is review lastly on the show this week. It stars James "Jim" Mitchum, eldest son of Robert Mitchum, and is being considered by some for a retroactive Academy Awards Ceremy sweep of all categories. We SPOIL THE CRAP OUT OF THIS MOVIE so you should definitely watch the movie first (streaming free on Amazon Prime, cheap on DVD).

Also, if you like the show, please take a minute and subscribe and/or comment on us on iTunes, Stitcher, Blubrry or Podfeed.net. Check us out on Facebook and Twitter! We'd love to see some of your love on Patreon - it's super easy and fun to sign up for the extra bonus content. We'll tattoo four letter words on our hands for your love and support.
Labels: action Anne Archer Charles Laughton Danger: Diabolik Grampa Movies James Mitchum JFDecades Junk Food Dinner Mario Bava noir Podcast rape revenge Robert Mitchum Spy The Night of the Hunter Trackdown