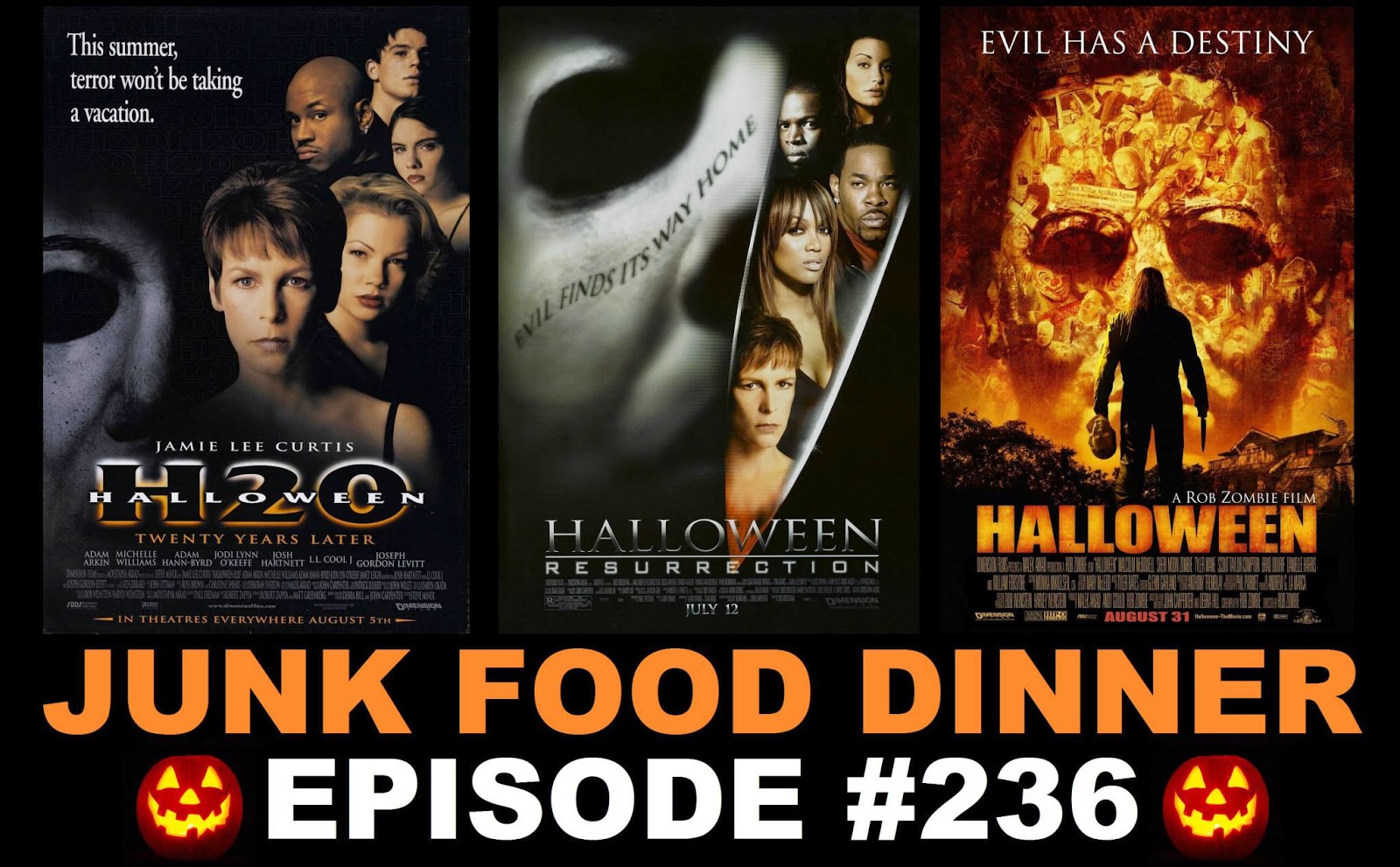 Well, it’s finally happened, Junk Food Junkies! Our final week of Schlocktober is an extra historic episode this week as all three of your JFD hosts are recording without the benefit of Internet anonymity! It’s an in-person JFD episode, recorded live from a garage in East LA (lock the gates!) with none other than the Razor-man himself, Jason “Cumulus” Frisbie of Pool Purdy Radio fame, (un)fresh from the 9th Annual Horrorthon at the Aero Theatre in Santa Monica! Lack of sleep and a complete non-lack of the heaviest doobies collide with Listener Beers and we get so turnt while reviewing these Halloween flicks. It’s the spoopiest, creepiest episode of JFD yet!

First up, we’re drowning in slasher cliches in Steve Miner’s soggy sequel, Halloween H20: 20 Years Later from 1998! Michael Myers is back, you say? Jamie Lee Curtis returns and is joined by newcomers, Michelle Williams, Josh Hartnett, Joseph Gordon-Levitt, and LL Cool J. Look out for a misplaced tribute to Psycho with Janet Leigh!

Next, the Halloween series is revived yet again with Halloween: Resurrection from 2002, directed by Rick Rosenthal! You’ll never believe it, but Michael Myers is back (despite that pesky decapitation). Jamie Lee Curtis appears alongside Tyra Banks and Busta Rhymes in this more experimental, Information Superhighway Themed ode to cyberspace slasherdom. Also, humans are the real aliens (spoiler).

All this plus the wittiest real-time banter between friends, no Skype weirdness whatsoever, tons of off-mic shenanigans, Oatmeal-Fu, burps, Staying Up All Night Doing That Homework, chilling in H-towns, Pointy-Ass Klaus Kinski, Super Sentais, french grandpas, monster deans, The Return of the Hubba Bubba, sneezes, boogers and so much more!

Also, if you like the show, please take a minute and subscribe and/or comment on us on iTunes, Stitcher, Blubrry or Podfeed.net. We'll get candy from Randy with your love and support. 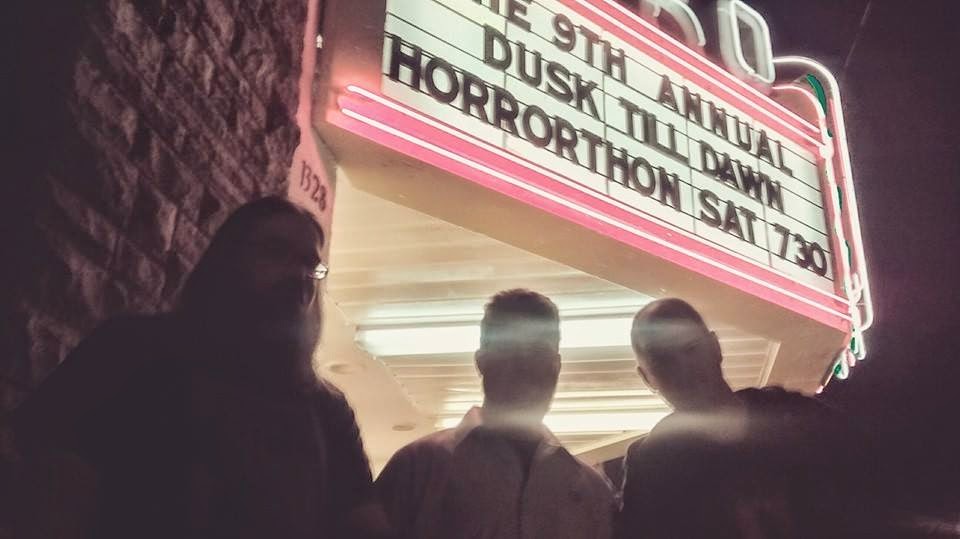