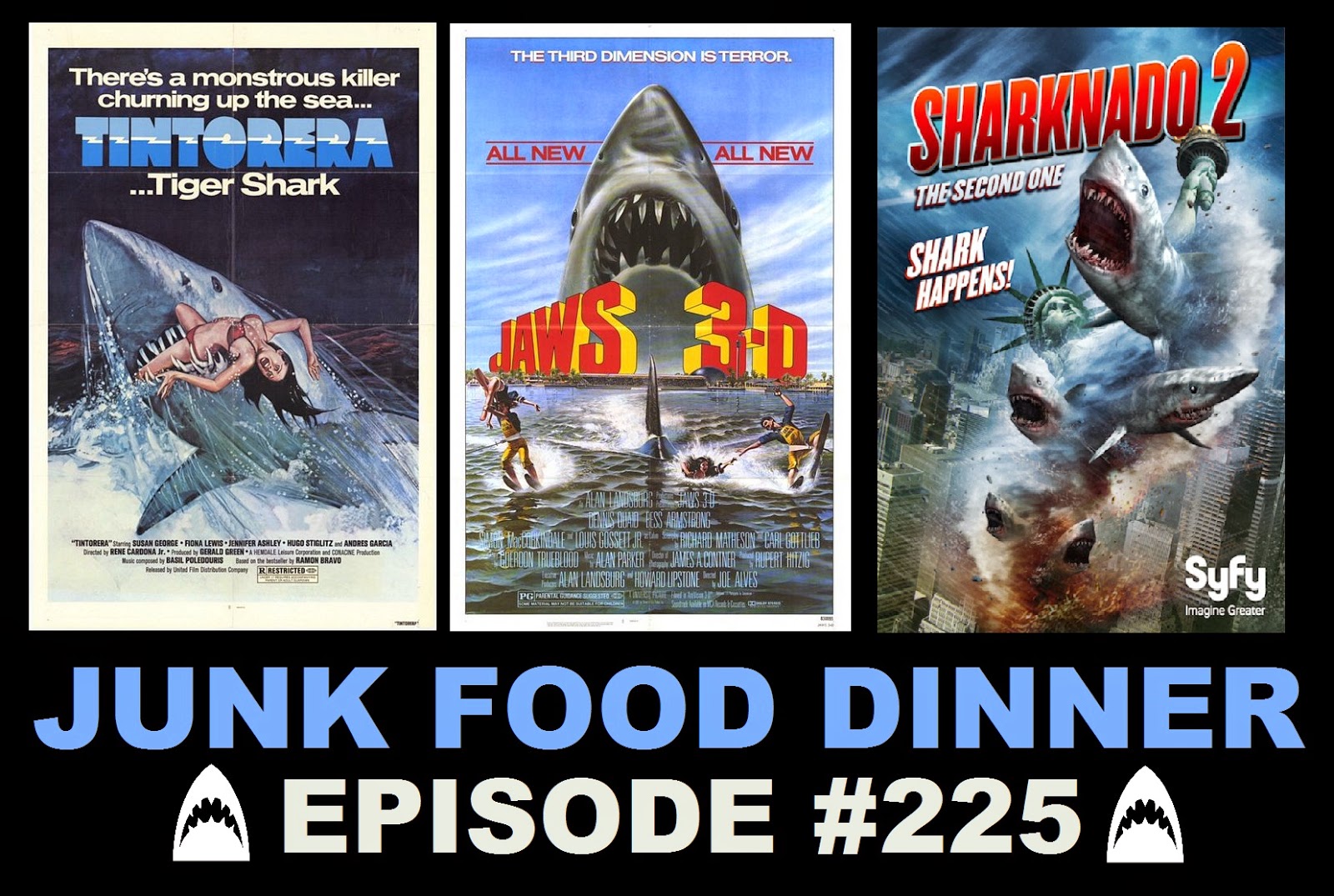 Junk Food Dinner wades into schlock-infested waters as Shock and Awegust transforms into SHARK & JAWSGUST for a week! Guest Faith Von Awesome joins us this week while Kevin's in Boston - and one of us doesn't survive the episode!

Next, we tackle the perhaps-not-the-best but-definitely-the-most-3-dimension Jaws sequel, Jaws 3-D from 1983! It's got Louis Gossett Jr., Dennis Quaid, and Lea Thompson running around a strangely prophetic SeaWorld, but does it have any sharks?

Finally, we check in with the second in what's sure to be a long-running annual tradition from Asylum Films, 2014's Sharknado 2! Noted scribe Thunder Levin delivers a script crammed with celebrity cameos, movie parodies, and sharks, but can critical darling Anthony C. Ferrante retain his auter spirit while operating in the Shark/Weather subgenre? And what artistic choice lead him to film this summer-set movie in February snow-bound NYC?

All this plus witty banter between friends, the saddest nerd newses, disco dancing, getting eaten by sharks, tanlines aplenty, burps, sneezes and so much more!

Got a movie suggestion for the show, want to give your opinion on a movie we talked about or just want to tell us we suck? Drop us a line atJFDPodcast@gmail.com. Or leave us a voicemail: 347-746-JUNK (5865).
Also, if you like the show, please take a minute and subscribe and/or comment on us on iTunes, Stitcher, Blubrry or Podfeed.net.We are gain shark teeth from your love and support.
Labels: Dennis Quaid Ian Ziering Jaws 3-D Lea Thompson Louis Gossett Jr. Podcast Sharknado 2 Susan George Tara Reid Tintorera: Killer Shark Vivica A. Fox