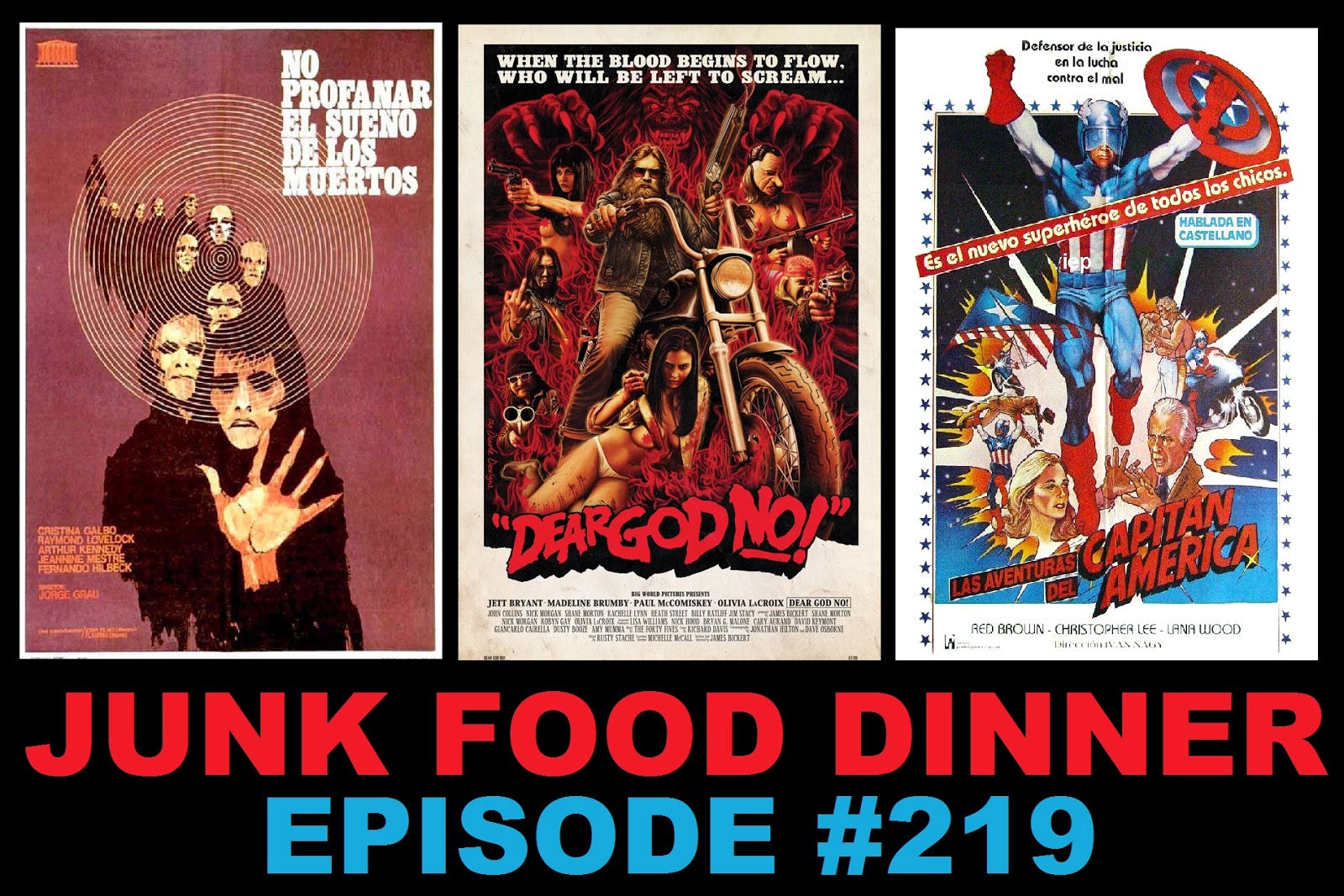 Sean's out this week, so we're joined by Jamie Jenkins from The Skeleton Crew, Devour the Podcast, Lychan It, Evil Episodes and Direct to Video Connoisseur podcasts!

Up first, Jamie brings us a tale about two English strangers who find themselves battling the zombies after a device used to kill insects accidentally raises the dead in 1974's Let Sleeping Corpses Lie (AKA The Living Dead at Manchester Morgue) (AKA Don't Open the Window) (AKA Do Not Speak Ill of the Dead) (AKA Jesus Christ, how many titles does this movie have anyway?!)

Next, a gang of drug-taking, law breaking, pyschopathic bikers cause mayhem as they travel from town to town. But after a shoot out with some strippers in Richard Nixon masks, the gang breaks into the home of scientist and takes him, his daughter and his guests hostage. Things get pretty ghoulish and Bigfoot himself even shows up! It's all here in Dear God No! from 2011.

Finally, in an effort to cash in on the trend of goofy 70's super hero TV shows, CBS made a TV movie about Captain America, intended to be a pilot for a future show. However, the show never got picked up and all that remains is this, part 1 of a two part movie series starring Reb Brown as the iconic symbol of the USA.

All this plus witty banter between friends, Amy Fisher movies, Nerd News, Blu-rays, Corey talk and so much more!

Got a movie suggestion for the show, want to give your opinion on a movie we talked about or just want to tell us we suck? Drop us a line at JFDPodcast@gmail.com. Or leave us a voicemail: 347-746-JUNK (5865). Also, if you like the show, please take a minute and subscribe and/or comment on us on iTunes, Stitcher, Blubrry or Podfeed.net.We are gain tampons in shot glasses from your love and support.
Labels: Captain America Dear God No Jamie Jenkins Let Sleeping Corpses Lie Podcast Reb Brown The Living Dead at Manchester Morgue