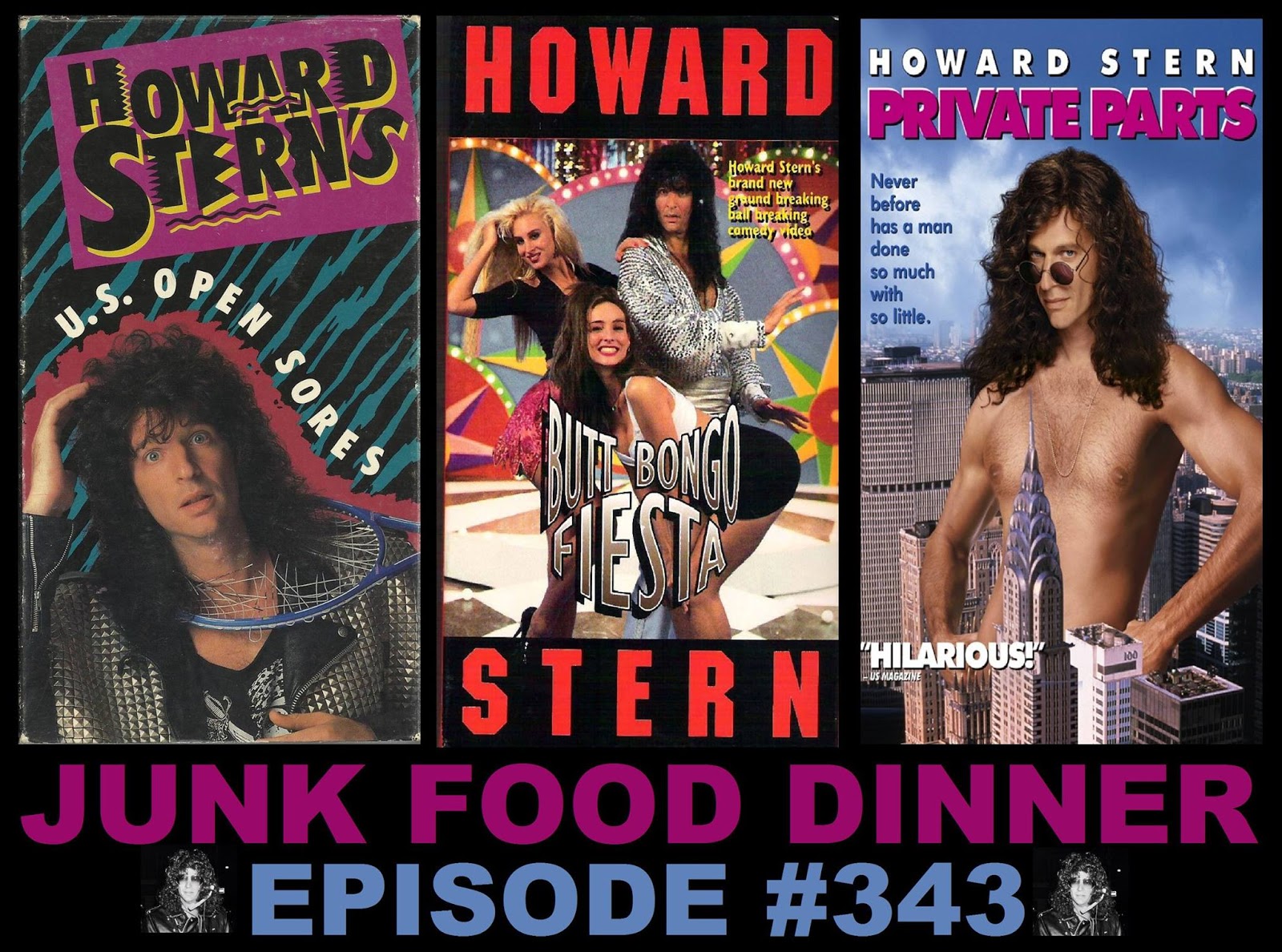 This week, we pay tribute to our radio idols Howard Stern and Robin Quivers with a duo-hosted episode sure to surprise and offend. Instead of our usual line-up, you'll join Shock Jock Parker Bowman and his charming co-host Sara (from IllCon) as they crack open three classic "films" from Stern and his wacky band of weirdos.

First up, it started as a joke, but ended up as a very real Nassau Coliseum tennis match between Howard and his producer Gary 'Baba Booey' Dell'Abate. This weird relic of 1989's fascination with radio hosts also includes appearances from Al Lewis and Sam Kinison, and an early collaboration with Billy West. The great film of which we speak is of course U.S. Open Sores.

Next! There's only one way to fiesta - Butt Bongo Fiesta, from 1992 (interestingly listed as "Pornographic Film" in Google's sidebar classification). This infamous pay-per-view special (and home video release) featured all of the Oscar-winning scenes involving Lesbian Dial-A-Dates, John "The ZooKeeper" DeBella, racist tirades, and of course the titular butt bongos. You'll burn your Academy membership if they don't retroactively grant this several Oscars.

Finally! How could we do a Howard Stern theme show without doing 1997's Private Parts? That'd be a stupid thing and so we didn't do that. Instead we talk about it. It's a pretty solid biopic starring some good actors, a group which surprisingly includes the core radio cast.

All this plus witty banter between friends, Kevin's in Boston, Sean flouting corporate vacation scheduling, the return of the toy-based film franchises, aspirational levels of pettiness, the longest butts on earth, a really cool sounding LAPD t-shirt, them news and Blu-ray Picks, continued lack of overt police involvement, sneezes, belches, decrepit erections, gleeks and a whole lot more!

Also, if you like the show, please take a minute and subscribe and/or comment on us on iTunes, Stitcher, Blubrry or Podfeed.net. Check us out on Facebook and Twitter! We'll wake up white people for your love and support.
Labels: bababooey Butt Bongo Fiesta howard stern Junk Food Dinner Paul Giamatti Podcast Private Parts radio shock jock U.S. Open Sores