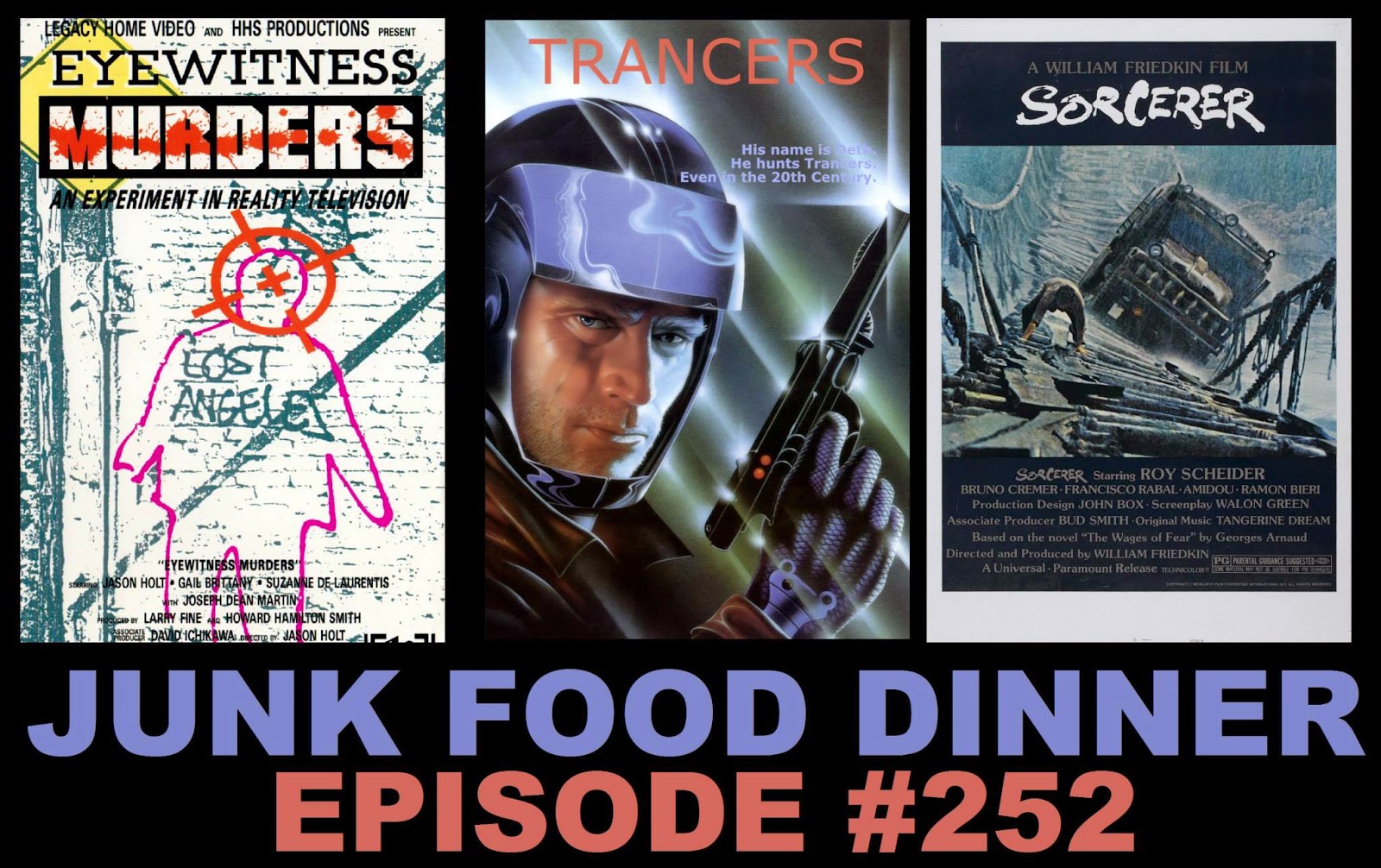 Coffee or orange juice? It's an age old question, and one that we may or may not answer on the show this week. Also: we cover three crazy, and crazy different movies in this bombastic non-themed episode of Junk Food Dinner! It's a love letter to ambition!

First up! We venture into uncharted waters, with the not-listed-on-IMDB Eyewitness Murders, from 1988! The directorial debut of Jason Holt (Desperation Rising), this obscure shot-on-video horror movie chronicles the descent into madness of a former Vietnam veteran trying to make a low-budget documentary on the sex workers of Los Angeles. But is it even a movie? We'll discuss!

Up next, we discuss a real "Lost" Angeles film (the second of two in this very episode!) - 1984's Trancers from Charles Band and Empire Pictures. A time traveling cop named Jack Deth hunts down a psychic zombie overlord, or something. Helen Hunt wears a Confederate Flag jacket in it, if you'd believe it.

Finally, we unearth a buried near-classic, William Friedkin's Sorcerer from 1977. This tense thriller revolves around a band of criminal misfits teaming up for a dangerous transportation mission deep in the South American jungle. For a variety of reasons, this film was barely seen and critically panned on its initial release, but that hasn't stopped an army of JFD listeners from suggesting we check it out!

Also, if you like the show, please take a minute and subscribe and/or comment on us on iTunes, Stitcher, Blubrry or Podfeed.net. We'll dry the hair of squids for your love and support.