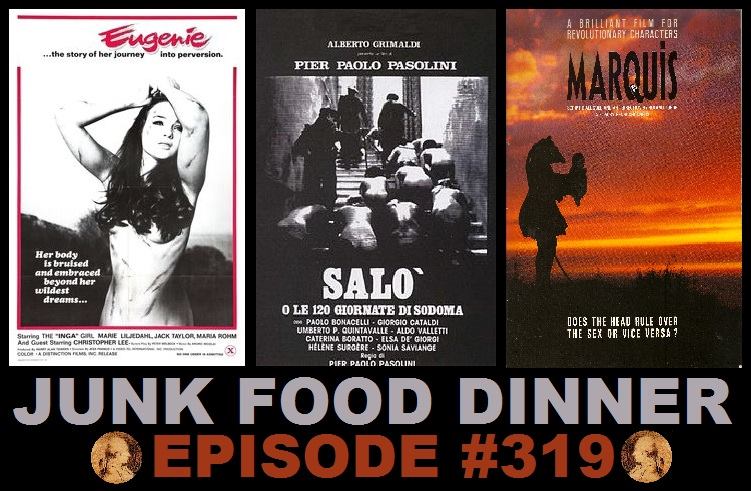 The heat is sweltering, the movies are tortoruous, and there's a foul smell in the air. It could only mean one thing - we're closing out Ghoul Summer 2016 with our Marquis de Sade theme show. But will we survive? It's true what they say: All Ghoul Things Must Pass (gas).

First up! We cover Jess Franco's adaptation of the Marquis' story Philosophy in the Bedroom, but not the adaptation you're thinking. It's 1970's Eugenie, a stylish low-budget ghoul affair starring Marie Liljedahl and Christopher Lee, regarding the corruption of a young Spanish babe by a creepy old dude and his lady friend.

Up next! If you know anything about ghoul movies, you've heard of 1975's Salò, or the 120 Days of Sodom. But as it's one of the most banned films worldwide, we won't blame you if you haven't actually seen it yet. Italian filmmaker Pier Paolo Pasolini transports the Marquis' story to WWII era Italy, where the ruling elite impose heinous sexual torture on a group of young slaves. It's as grim as it sounds.