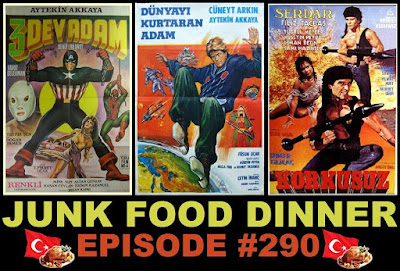 Gobble gobble, junkies! To celebrate turkey, we're celebrating Turkey! It's a pun, get it?!

First up on our foreign voyage is a 1973 movie where Captain America and Santo fight a villainous Spider-Man in "3 Dev Adam" (aka 3 Mighty Men). Turkish filmmakers completely steal and misuse the classic American and Mexican characters for their own ends in this wacky crime/mafia/superhero film.

Next, director Cetin Inanc not only rips off characters and plot elements and characters from Star Wars, but steals actual footage for 1982's "Dunyayi Kurtaran Adam" aka Turkish Star Wars. It's good guys vs. killer mummies, immortal wizards and cookie monsters in this one.

Finally, Cetin Inanc returns to thievery in "Turkish Rambo," (1986) a movie where a strong Stallone-like soldier flexes his muscles to show the evil Iraqis who's boss. 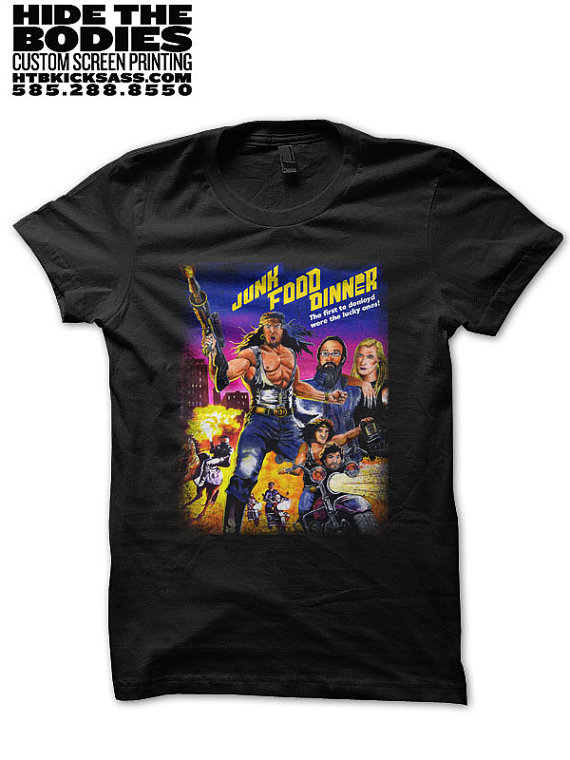