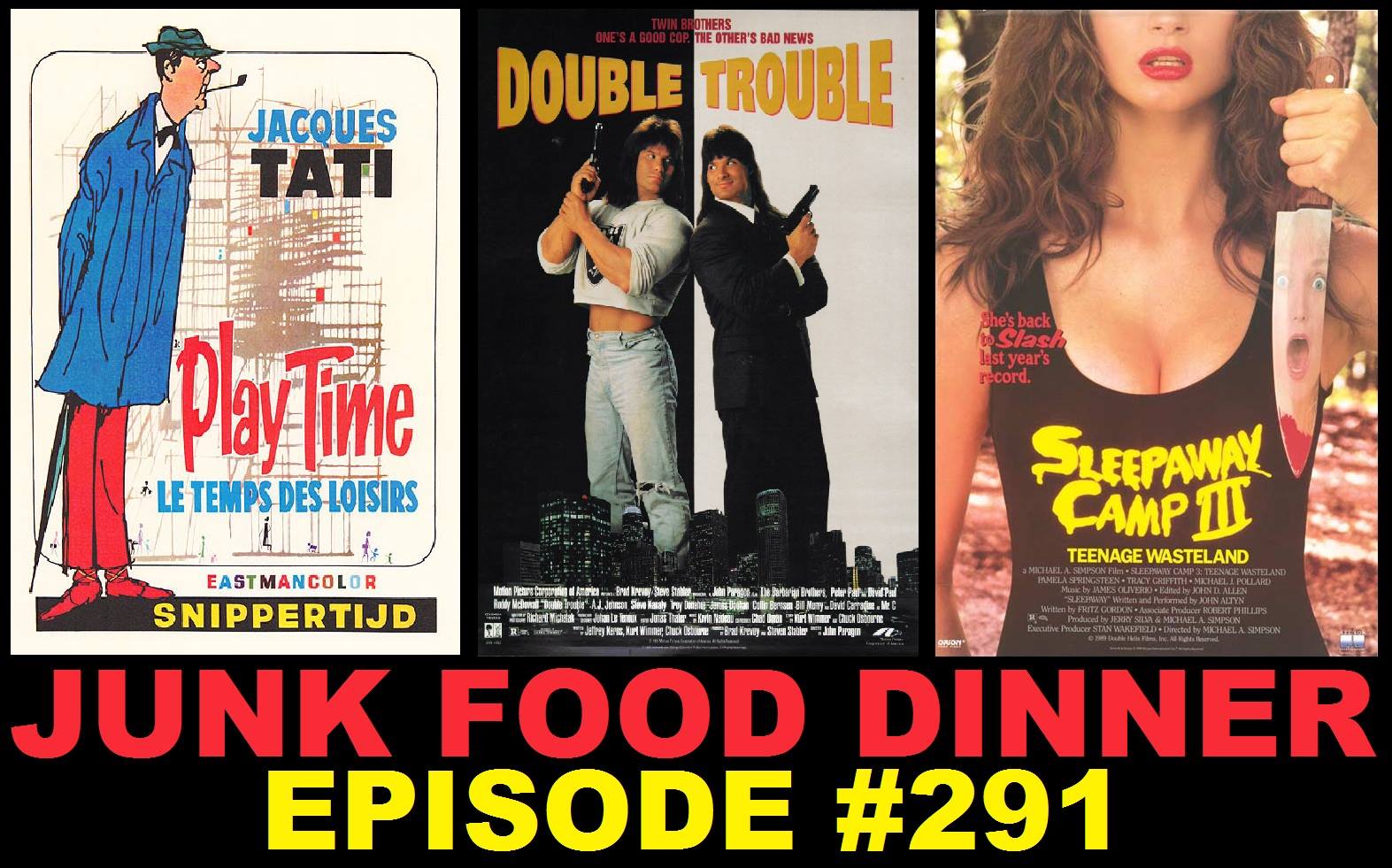 It couldn't be a weirder week here at Junk Food Dinner headquarters, but we're still prepared to deliver the cult-movie reviewing goods.

First up! It's Jacques Tati's epic, 70mm French semi-silent career-ender: Playtime from 1967! This subtle exploration of the changing face of a modernized Europe is one of the few comedies ever filmed in 70mm, and nearly a whole city was built to facilitate the filming. But can Parker Bowman stomach a 2+ hour silent film?

Up next! Double Trouble (1992) features that troublesome twosome, the Barbarian Twins (Peter and David Paul) as twin brothers, one a cop and one a convict, forced to work together on a case in a situation that's very Lethal and involves Weapons. Can these identical meatheads keep it together long enough to perform their lines? Or will they spend most of the movie staring at each others' groins? We'll tell ya.

Finally! We return to Camp Rolling Hills (now Camp New Horizon) with Angela Baker (still Pamela Springfield) with the whole multi-ethnic stereotype gang, in Sleepaway Camp III: Teenage Wasteland from 1989. She's back and killing teens, in order to show us the satirical side of slasherdom. Our review's so good, you'll be asking for s'mores.

Also, Sean was totally thinking of Tombs of the Blind Dead and Not Coffin Joe in terms of those Anchor Bay releases. Blame it on the Krampus.