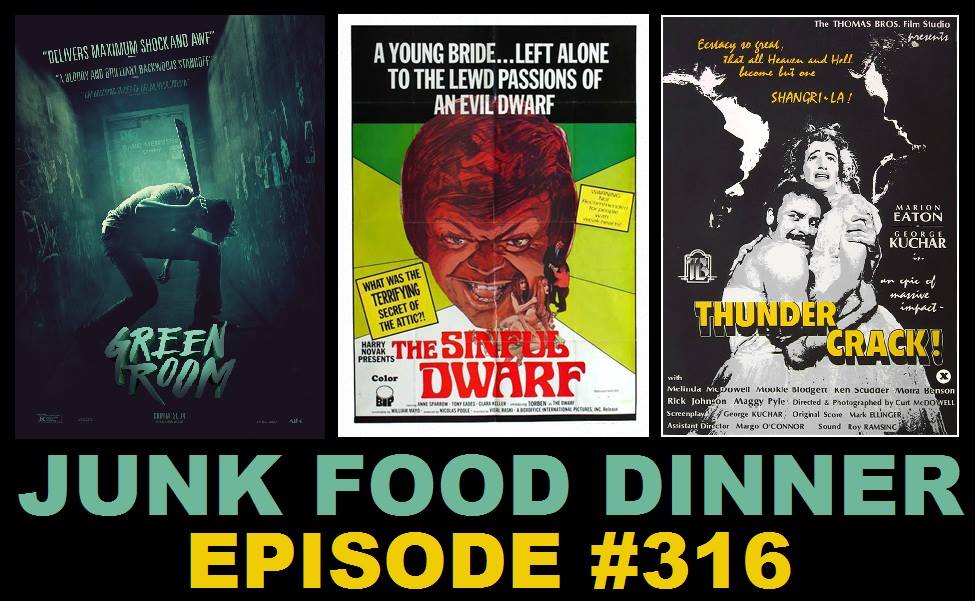 Oooh, what's that smell? Can't you smell that smell? The smell of Ghoul Summer surrounds you, yeah, as our three picks this week edge right up against the definition of Ghouldom. It's an accidental prelude to this summer's ghoulish festivities, and one you'll never forget.

First up! It's Jeremy Saulnier's follow up to 2014's Blue Ruin (one of our collective favorites of that year), Green Room from this year! Basically "Nazi Punks Fuck Off: The Movie", this thriller pits a plucky young group of punk rockers against an army of neo-nazi punks lead by Patrick Stewart. It's wild!

Finally! We deliver on a long-held promise to a very special listener. Nobody will ever say we didn't review Thundercrack! from 1975, because this is our review of it. It is contained within this episode of the show.

Also, if you like the show, please take a minute and subscribe and/or comment on us on iTunes, Stitcher, Blubrry or Podfeed.net. Check us out on Facebook and Twitter! We'll chop our fingers off in a slamming door for your love and support.