JFD217: Back to the Beach, South Beach Academy, Welcome to Arrow Beach 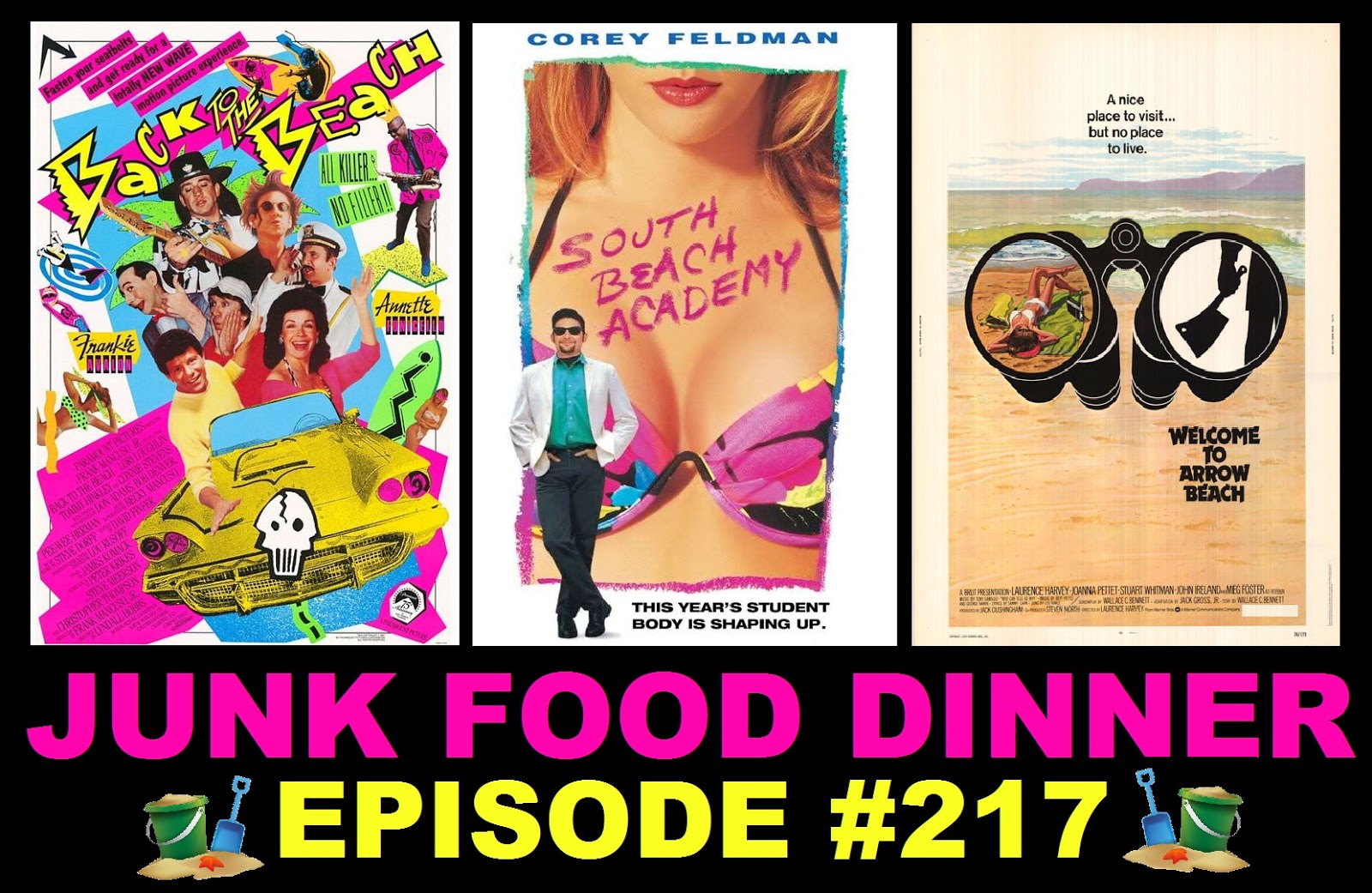 Put on your swimsuit, grab your towel and apply some sunscreen because this week JFD is bringing you some fun in the sun with our action-packed beach theme show!

Up first, Frankie Avalon and Annette Funicello have outgrown their beach party past and are living in Ohio with their punk rock son Bobby. But, on their way to Hawaii, they stop off in L.A. to visit their daughter (played by Full House's Lori Loughlin). But there's trouble in paradise as marital problems, surf punks and giant waves threaten to ruin their good time. Add cameos by Don Adams, O.J. Simpson, Stevie Ray Vaughn, Dick Dale, Gilligan, The Skipper and Pee-Wee fuckin' Herman and you have a recipe for fun in 1987's Back to the Beach.

Next, Corey Feldman visits his brother (Keith Coulouris) who runs a school for beach bums in Florida owned by his uncle (The Munsters' Al Lewis). But when a goofy gangster played by James Hong threatens to take away the school after a volleyball bet, it's up to the boys to assemble a volleyball team to reclaim what's theirs. Plenty of fake boobs and bad jokes abound in 1996's South Beach Academy.

Finally, Meg Foster plays a teenage hippy runaway whose travels find her on a private beach owned by Jason (Laurence Harvey) and his sister Grace (Joanna Pettet). They invite the young girl to stay with them but she soon realizes these generous property owners are more sinister than they appear. Murder and mayhem ensue in the horror thriller Welcome to Arrow Beach (AKA Tender Flesh) from 1974.

All this plus witty banter between friends, goddamn death dedications, boxers with boners, Nerd News, Blu-rays, dozens of Ohio references and so much more!

Also, if you like the show, please take a minute and subscribe and/or comment on us on iTunes, Stitcher, Blubrry or Podfeed.net.We are gain sand in our ass crack from your love and support.
Labels: Al Lewis Annette Funicello Back to the Beach Corey Feldman Dick Dale Don Adams Frankie Avalon Gilligan Meg Foster O.J. Simpson Pee-Wee Herman Podcast South Beach Academy Welcome to Arrow Beach