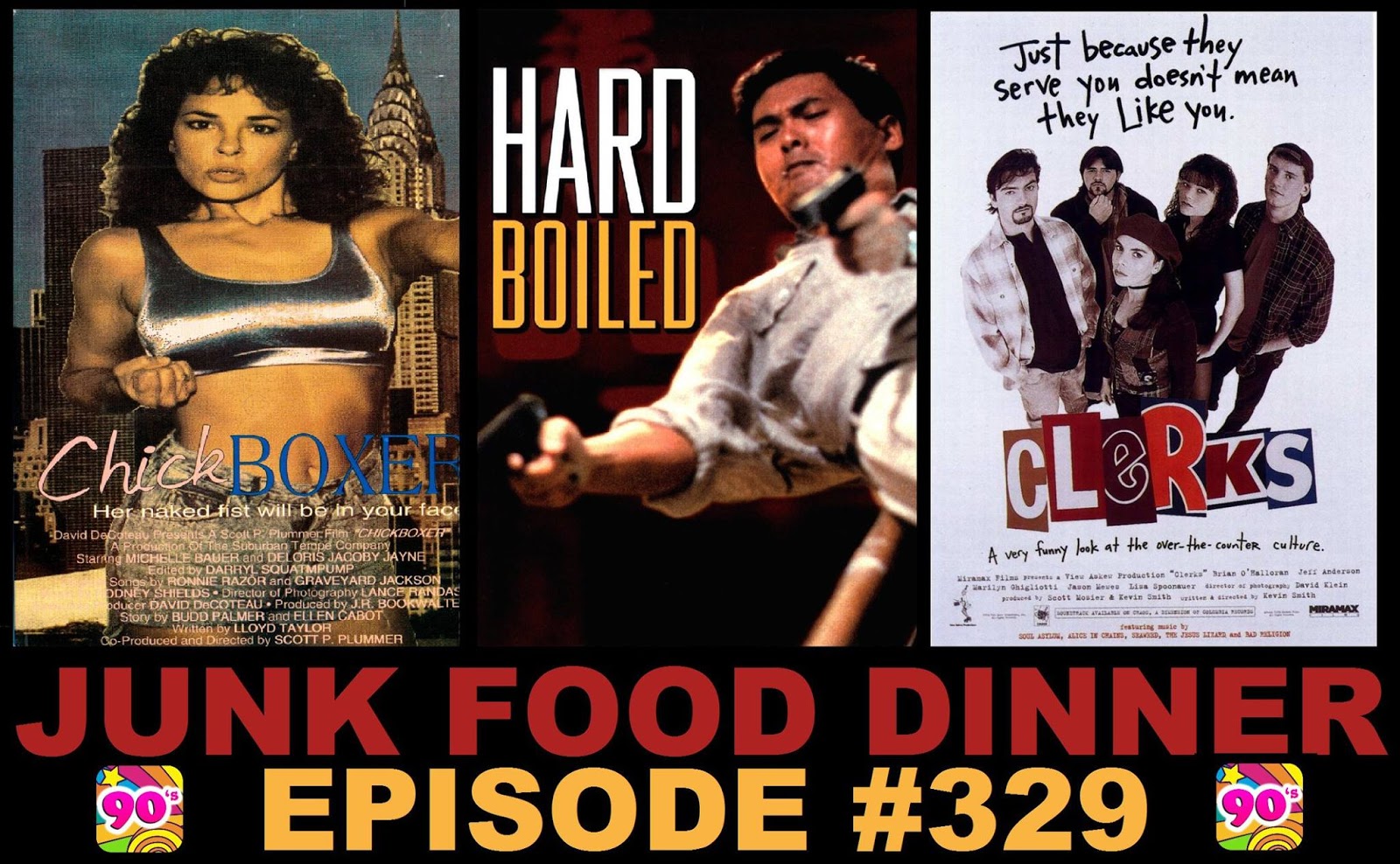 Hey, you remember the 90’s. And you’ll remember this podcast for the rest of your life, because it’s the one where your three charming JFD hosts continue the #JFDecades project with three ultra-classic 1990s films. It’s an end-of-the-century blow-out.

First up! Michelle Bauer "stars" in this film "co-written" by David DeCoteau, a lightweight but nostalgiac shot-on-video action-comedy (with perhaps limited appeal), and one of the most misleading covers of all time - it's 1992's Chickboxer! Kathy Sherwood is the #1 fan of TV show Chickboxer, and when things get tough in her neighborhood she takes it upon herself to learn karate, which might be more dangerous than she'd ever imagined.

Next! John Woo teams up with Chow Yun Fat for one last time before embarking on the Hollywood phase of his career, this time tracking the exploits of some tough-as nails cops in 1992's Hard Boiled Anthony Wong and some other bad dudes terrorize Chow Yun Fat across Hong Kong, until a peeing baby fixes everything. Really!

Finally! We surf a salsa shark into the nine circles of hell, by way of convenience store, in Kevin Smith's 1994 debut Clerks Shot on the cheap on maxed-out credit cards, this dialogue-heavy hang-out comedy defined a generation of filmmakers and film message board commenters. But we're not even supposed to be podcasting today!