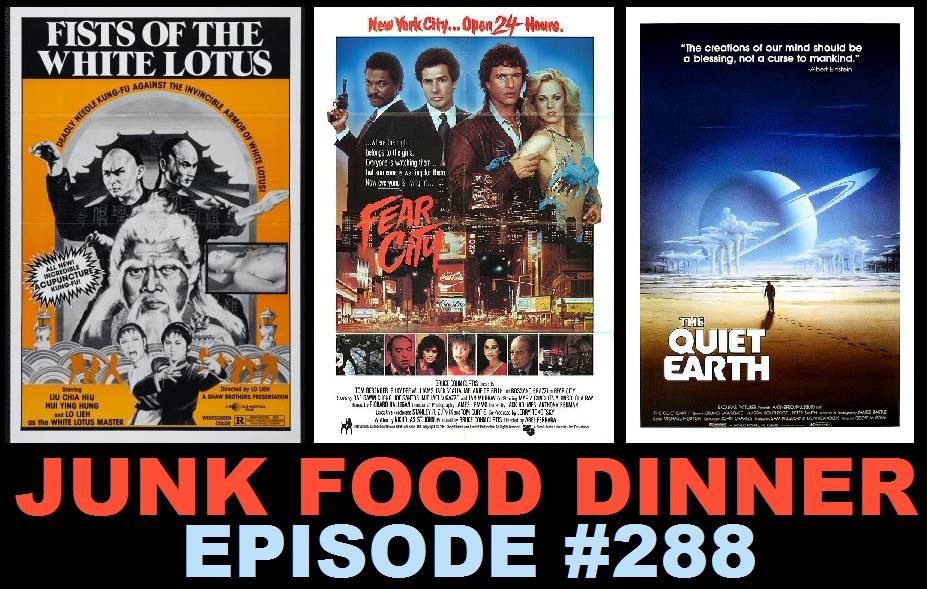 This week is just one of those old fashioned post-apocalyptic, strip-teasing, groin-smashing good times as we tackle three completely random but endlessly fascinating cult films. It's a great time to be alive.

First up! It's Clan of the White Lotus from 1980! This Shaw Brothers classic is a semi-sequel to Executioners from Shaolin, starring Gordon Liu and Lieh Lo in one of your classic Monk versus Eyebrows matchups. Come for the feminine fighting-fu, stay for the repeated nut kicks.

Up next! Fear City is one of Abel Ferrara's lesser discussed early works, but is that a complete mistake? We'll find out as we discuss this sleazy 1984 Times Square set thriller. Starring Melanie Griffith as a stripper!

Finally! New Zealand delivers a chillingly effective post-apocalyptic thriller in The Quiet Earth from 1985. A single man roams the earth following a disaster. It's sort of like I Am Legend, but with less bullshit.