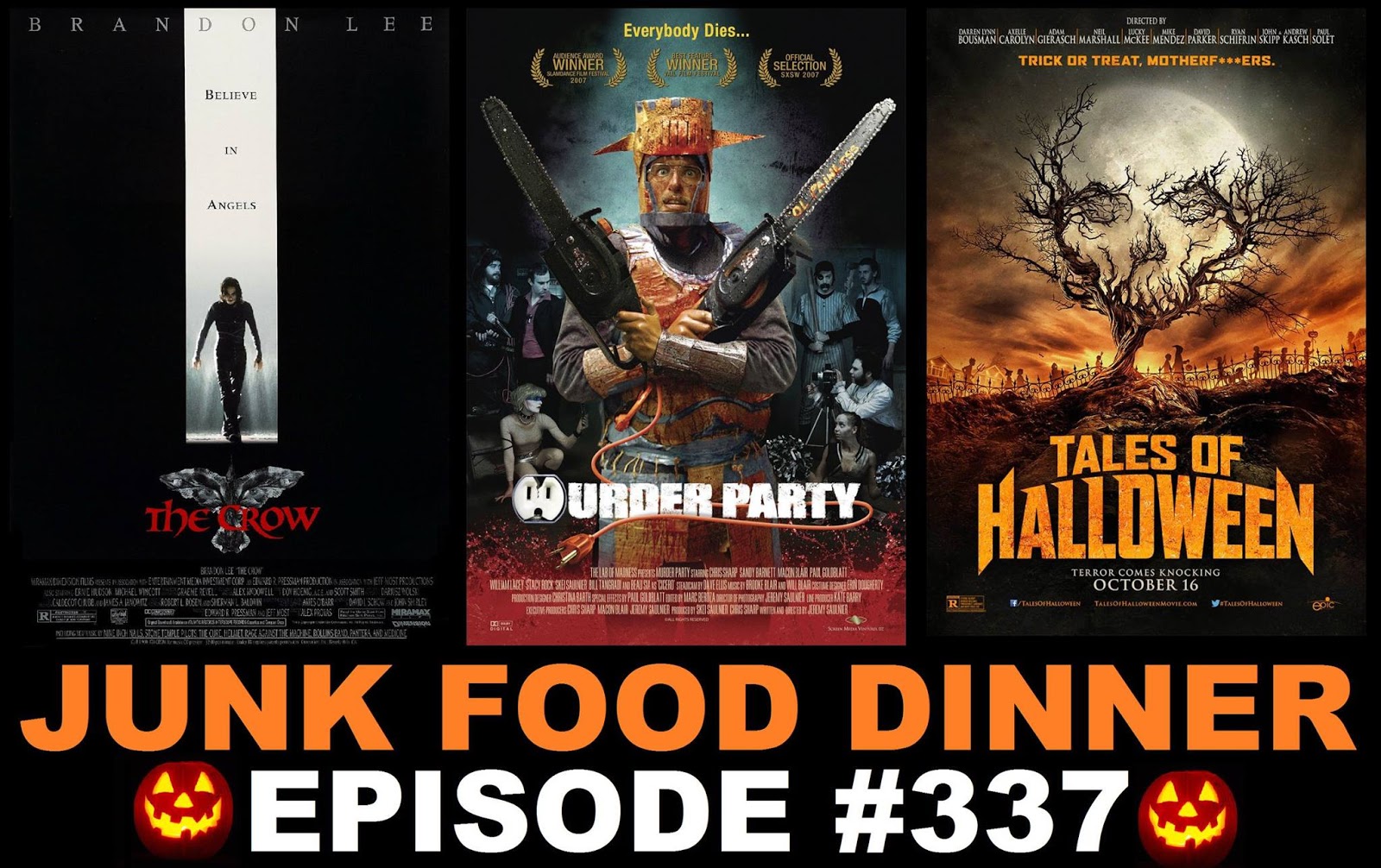 Happy Halloween, Junkies! Your charming pals at Junk Food Dinner are here to help you get your spookiest week of the year kicked into spooky gear. Are you ready for ghosts, ghouls, goblins, and all the creepy crawlies of the night? We'll haunt your podcast feed with scary tales of the time we watched these three seasonally-appropriate flicks!

First up, it's a borderline Freado (according to some), when Parker Bowman selects 1994's The Crow! Brandon Lee stars as a goth-Bronson arisen from the grave to pull a Death Wish in maybe-dystopian Detroit. It's a pre-post-apocalyptic bloodbath, with more birds!

Next! We listen to the listeners and listen to our hearts by reviewing 2007's Murder Party. Jeremy (Blue Ruin, Green Room) Saulnier's debut feature is a claustrophobic, comedic horror about a Halloween party gone awry. If you like cardboard boxes, you've probably already seen this one.

Finally! We get anthological with 2015's Tales of Halloween! Have you ever wondered what it would look like if you crammed ten shorts into an hour and a half runtime? These filmmakers (including Neil Marshall) did, and the results may surprise you!

Also, if you like the show, please take a minute and subscribe and/or comment on us on iTunes, Stitcher, Blubrry or Podfeed.net. Check us out on Facebook and Twitter! This week's special guest producer Brian Wilson (Pet Sounds, Smile, The New Leave It to Beaver) thanks you for your love and support.