JFD340: Something Wicked this Way Comes, Return to Oz, Fuzzbucket 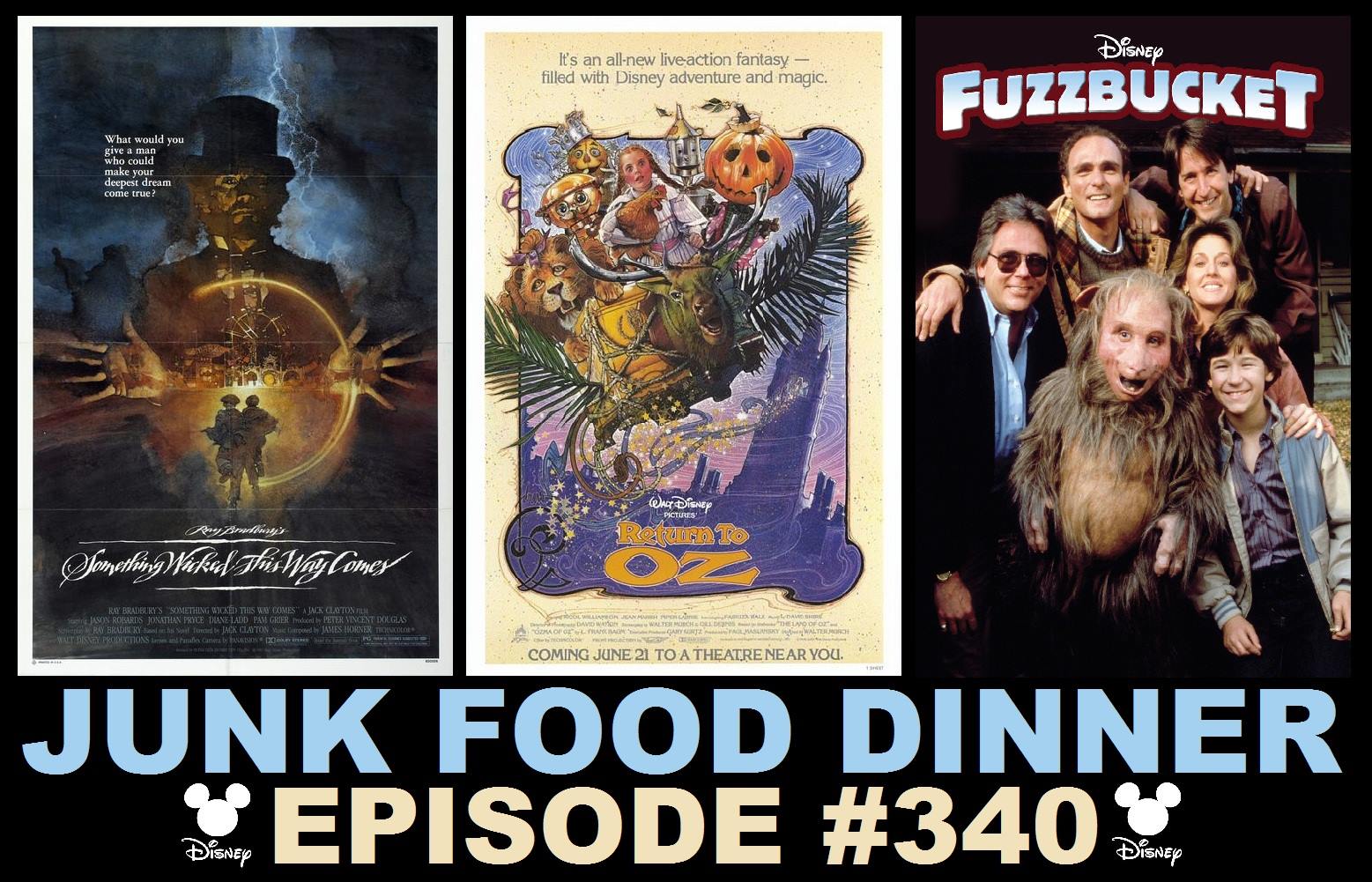 Well, freeze me cryogenically and call me a racist! This week, JFD investigates the weirder side of Walt with three cult Disney flicks! It's debatably kid-friendly!

First up, it's the movie that Disney didn't want us to see, but we tried to see anyhow! Jonathan Pryce, Pam Grier and a freak-filled carnival show up in rural Illinois to freak out some kids on and off screen in 1983's Something Wicked this Way Comes! It's probably the weirdest, sexiest horror movie ever released under the Disney banner!

Next! There's no place like home, not even the Emerald City, which has seemingly gone all A Clockwork Orange in 1985's Return to Oz. This sequel to the 1939 family classic stars Fairuza Balk, some weird New Age punk rock rollerblader guys, a headless princess, and an electro-shock technician. It's one of the more surreal movies ever to feature ham sandwiches growing on trees.

Finally! We watched 1986's Fuzzbucket, and I don't even really wanna talk about it, to be honest.

All this plus witty banter between friends, the wildest skype noises ever, goofy shoes, Sean's impeding funerary plans, speaking of 'dark as fuck', the return of The Fallen One, maniacal Memphis grandchildren, one of those sad nerd news faces, the vvurther advventures of the dirvvector of the vvitch, lively space zebras, a 1979 movie, they don't understand stuff so good, a literal peanut butter solution, them news and Blu-ray Picks, continued lack of overt police involvement, sneezes, belches, decrepit erections, gleeks and a whole lot more!

Also, if you like the show, please take a minute and subscribe and/or comment on us on iTunes, Stitcher, Blubrry or Podfeed.net. Check us out on Facebook and Twitter! We'll make friends with a total dickhead kid and his dumbass invisible monster for your love and support.