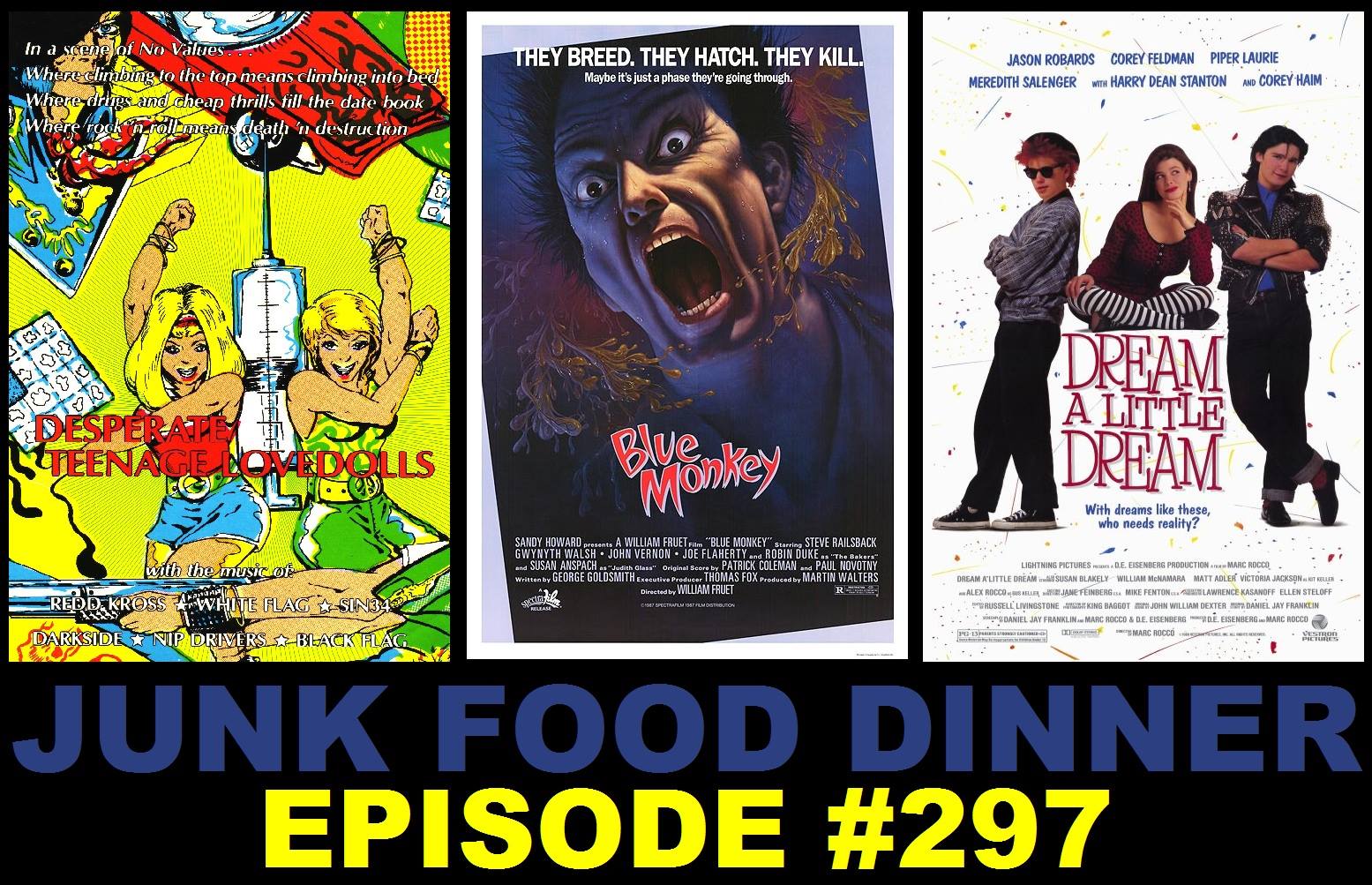 Speaking of movies that have been made, it's another round of weird-ass cult movie reviews from your pals at Junk Food Dinner. We meet up with murderous punk rockers, hospital aliens, and not one but two Coreys. Skipping this episode is a bozo no-no.

First up! No-budget punksploitation has never been so sleazy! It's 1984 Los Angeles, and local zine We Got Power and film maker David Markey got together with local band Redd Kross to slap together this story of a girl-punk band gone awry, with influences ranging from Russ Meyer to John Waters. Featuring matricide! It's Desperate Teenage Lovedolls!

Up next! You may have heard of "Green Monkey" and you've probably heard of "Insect!". You've also heard of "Inseminátor" and "Invasion of the Bodysuckers." But have you heard that these are all titles for the same 1987 alien-invading-a-hospital horror flick? Well, they are and it is called Blue Monkey and we watched it.

Finally! It's a classic tale of body swapping (or is it?) It features performances by both Corey's (or does it?) The only thing that's certain is that 1989's Dream A Little Dream is discussed. We think.

Also, if you like the show, please take a minute and subscribe and/or comment on us on iTunes, Stitcher, Blubrry or Podfeed.net. Check us out on Facebook and Twitter! We'll fartbox a small car on a long roadtrip for your love and support.