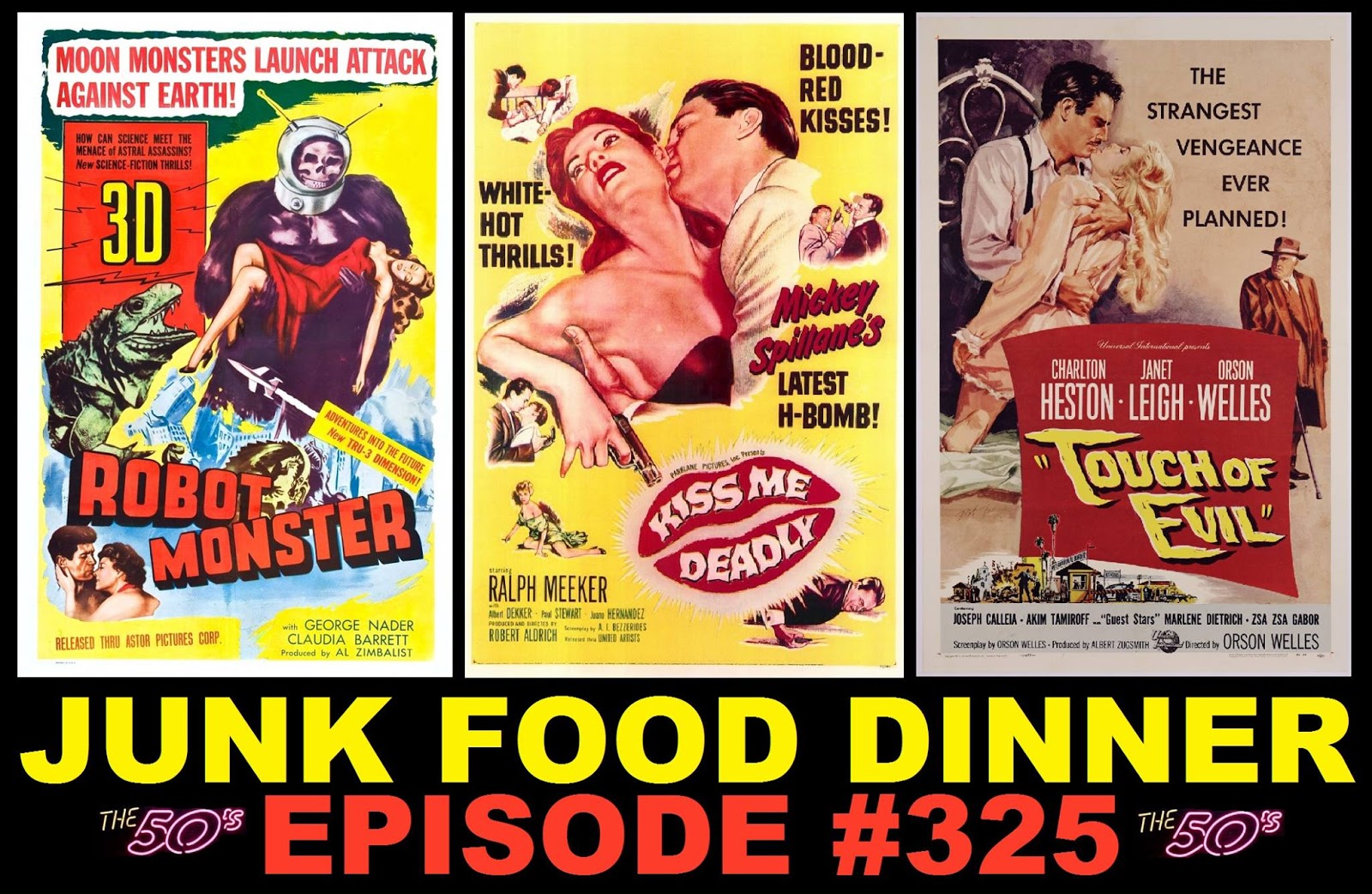 Well, all that money spent on night school remedial math has paid off, because we've counted our way all the way to the 1940's. This week we cover three Atomic Age flicks in our latest, and some say greatest, iteration of the #JFDecades project. And we're joined by Sebastian Bendix (of Friday Night Frights / Cinefamily) for all of it!

First up! A monster that doesn't even make sense terrorizes the last survivors of a lizard apocalypse at the Bronson Cave (site of Kevin & Sean's first date) in 1953's Robot Monster! This generically titled 3D sci-fi turkey was memorable featured on MST3K, before Kickstarter was even a glimmer in a venture captialists ballsac.

Next! Mike Hammer, a shirt-ripping tough-guy of a "Bedroom Dick" stumbles upon the highest possible stakes in a really unusual case in 1955's Kiss Me Deadly! An early directing effort of Robert Aldrich, this Los Angeles detective noir features one the oldest (and largest) telephone answering machines we've discussed on the show to date.

Finally! We get hands-on with A Touch of Evil (1958). This ultra-classy affair stars a brown-faced Charlton Heston and some ludicrous caricatures of the disabled. Nice going, Orson Welles!