JFD326: The Mask, The Thrill Killers, Hillbillys in a Haunted House 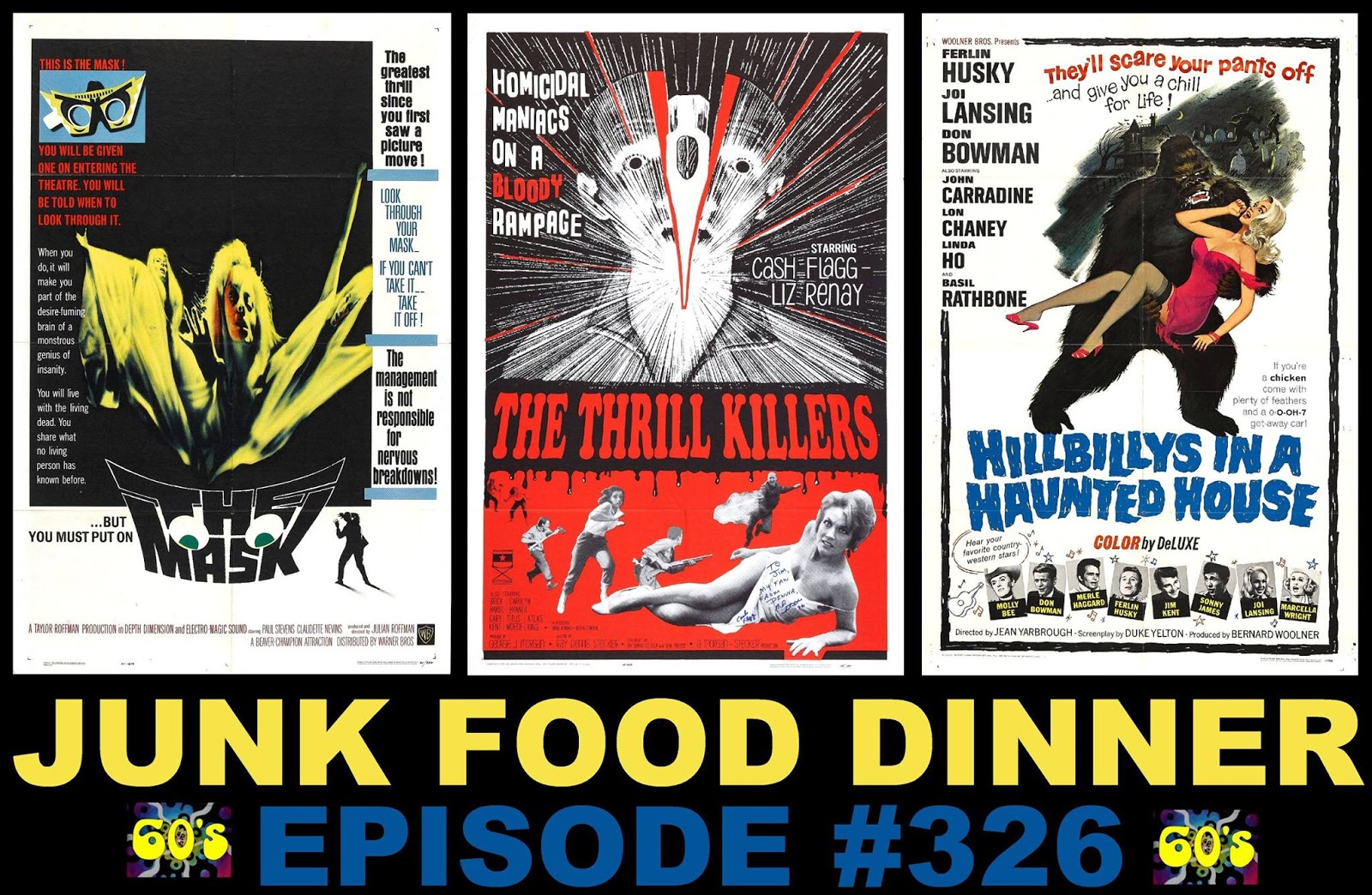 What in the Samuel Heck?! It's the sicko sixties already? It's true what they say: these #JFDecades are the best of times and they are the worst of times. Join us this week for an exploration of some mid-century z-grade weirdness.

First up! A "South American" mask causes obsession, psychedelic freak-outs, and bouts of violence in 1961's The Mask! This low-budget shocker features extremely memorable hallucination sequences, and is credited both as Canada's first horror film and to-date only 3D film.

Next! Ray Dennis Steckler finally gets the JFD treatment as we dive into his 1964 feature The Thrill Killers (aka The Maniacs are Loose)! Surprisingly grim and violent for its time, this low-budget take on Psycho went largely unnoticed for decades. Barefoot mountain climbing fans take note.

Finally! We shack up in a spooky old mansion with a group of folksy country musicians in the bizarre Hillbillys in a Haunted House (1967). Will Jeepers (Don Bowman) and pals survive the night by warding off ghosts with their jangly guitars? John Carradine and Lon Chaney Jr have some kind of weird communist plan, but mostly it amounts to yelling at a gorilla. Cameos from Merle Haggard and friends only serve to add to the confusion. It's a movie!

All this plus witty banter between friends, the one the zombie-heads have been waiting for, JFD business dealings, menacing phantoms and phantom menaces, kevin's stash of billy beers, people with loose views on squatting, Nerd News & Blu-ray Picks, continued lack of overt police involvement, sneezes, belches, gleeks and a whole lot more!