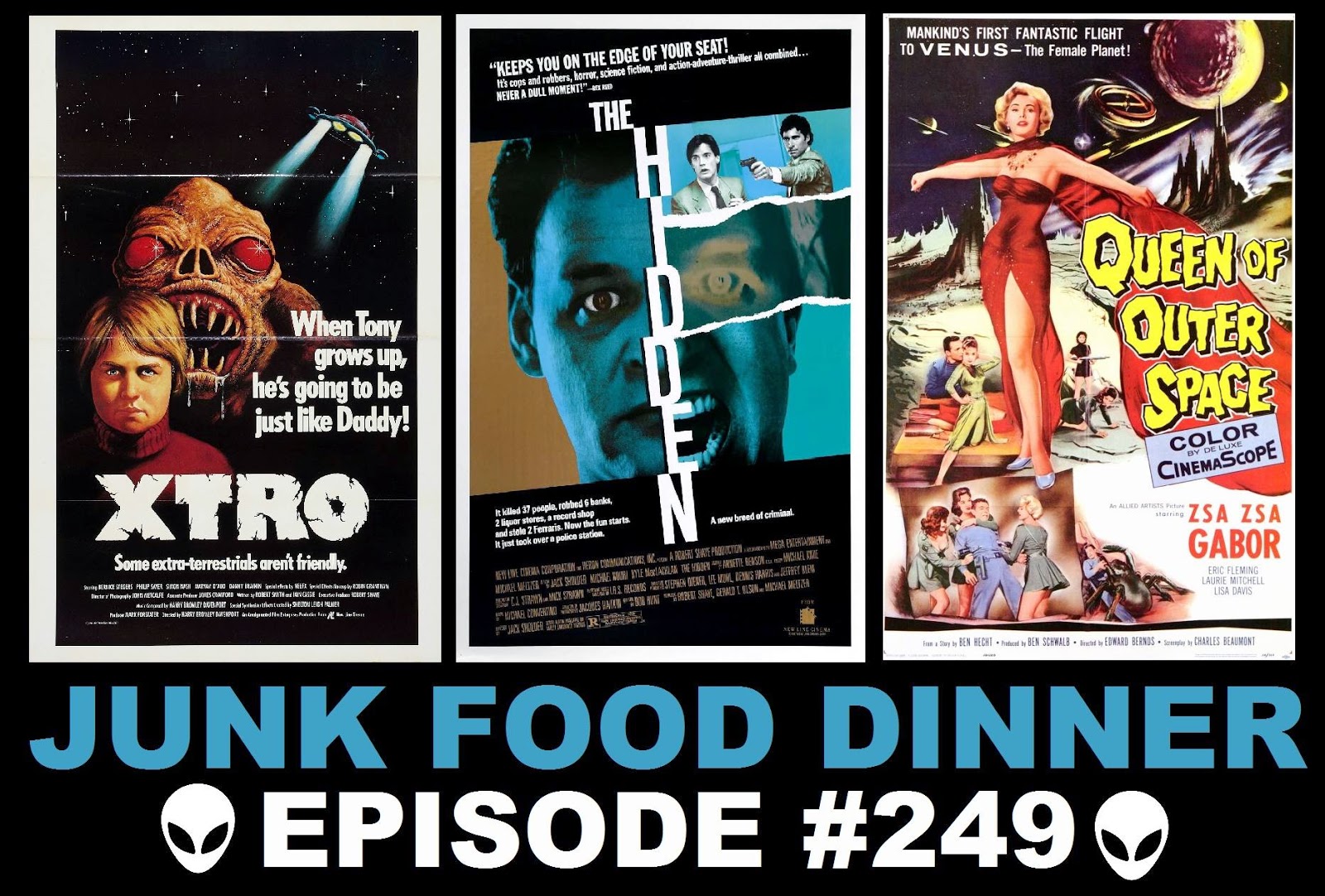 Sci Fi Ebruary never dies (because it's not technically a living thing, and thus ineligible for such a classification (this goes for most abstract concepts))!! This week, we suffer the horrific invasion of deadly forces from other worlds in our ALIEN THEME SHOW!

First up! Insane gore effects, Phantasm-esque dream logic, and a little rubber alien dude collide with British suburbia in the under-seen XTRO from 1982! After being abducted by aliens, Tony's dad finally returns to the family - but is it really Tony's dad? Spoiler: no.

Up next, Kyle MacLachlan (Blue Velvet, Twin Peaks) and Michael Nouri (GoBots: War of the Rock Lords) team up to hunt down an alien body snatcher on a crime spree in Los Angeles! As Shelby Cobras has often noted, the geography in the action-packed introductory car chase is well-executed and realistic. Cory Sklar has called it a Love Letter to Los Angeles. We call it Shirley.

Finally, we crash land on Venus with the stock-rocket crew of 1958's Queen of Outer Space, and encounter a planet swarming with short skirted retro foxes! Zsa Zsa Gabor appears in this highly campy sci-fi B-picture from Edward Bernds (Return of the Fly).

Also, if you like the show, please take a minute and subscribe and/or comment on us on iTunes, Stitcher, Blubrry or Podfeed.net. We'll phone home for your love and support.