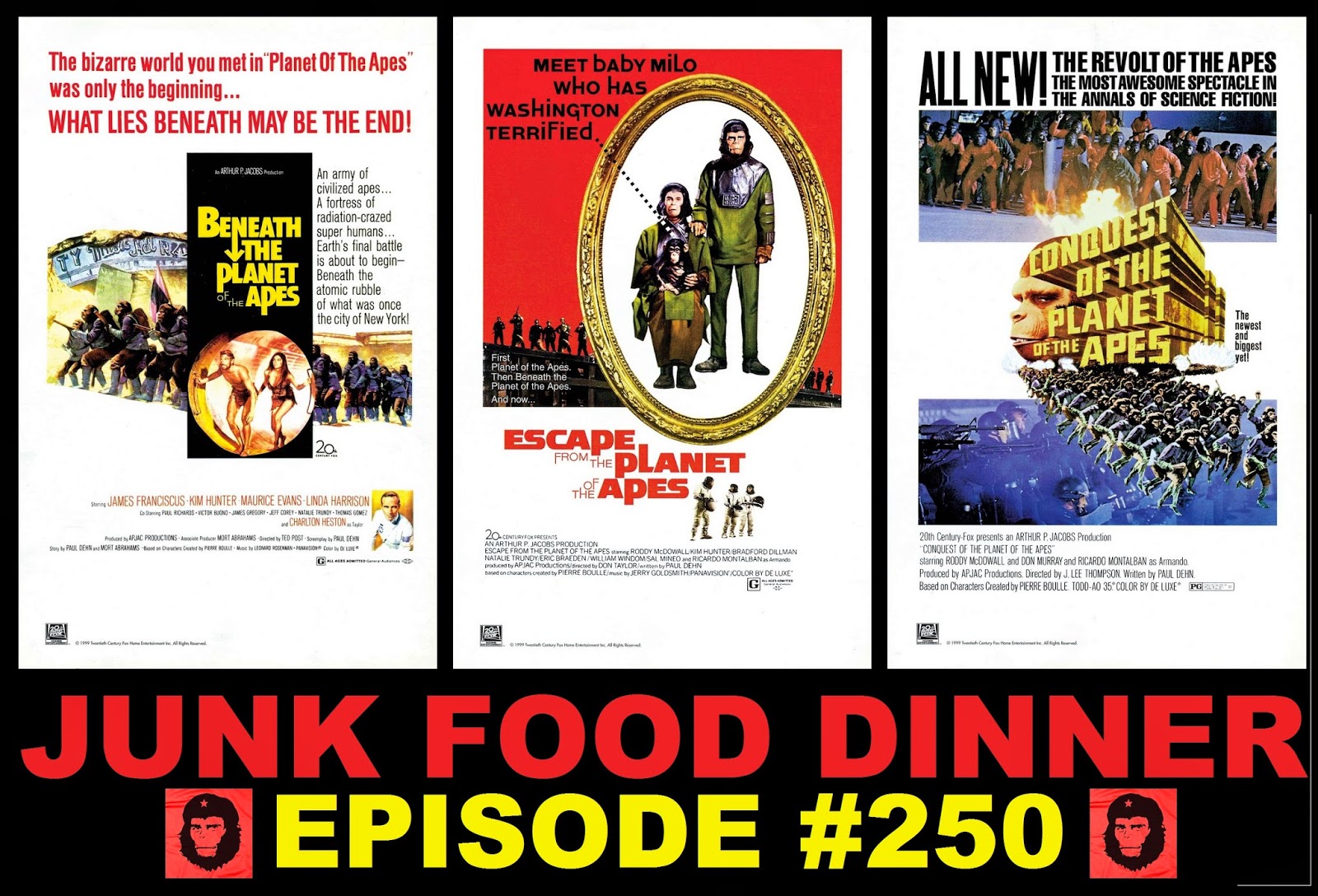 Junk Food Dinner celebrates its 250th episode (and Sci-fi-ebruary) by going bananas over one of the most iconic science fiction film series of all time; the Planet of the Apes series!
[If you missed our review of the original 1968 Planet of the Apes film, check out episode #147]

Up first, a couple astronauts travel to the planet of the apes to find Charlton Heston and his crew, but when one parishes its up to James Franciscus to avoid armies of angry apes, dangerous landscapes and a cult of atomic bomb worshipers in order to save Mr. Heston and figure out a way to get home in Beneath the Planet of the Apes from 1970.

Then, we jump back to modern day 1973, where it appears that the original space craft from the first film has turned to Earth, but when the three astronauts emerge from the ship, they're not humans but our ape friends Cornelius, Zira and Dr. Milo, who are now the fish out of water in a human world in Escape from the Planet of the Apes from 1971.

And finally, Cornelius and Zira's son has grown up 20 years after the events of the last film and finds himself in a world where apes are being conditioned as slaves for mankind, but when his loving handler Armando (Ricardo Montalban) is killed Caesar leads a revolution of his monkey brethren in Conquest of the Planet of the Apes from 1972.

All this plus witty banter between friends, Death Valley chat, how Indiana ruled the 80's, 50 Shades of Grey theories and so much more!

Got a movie suggestion for the show, want to give your opinion on a movie we talked about or just want to tell us we suck? Drop us a line atJFDPodcast@gmail.com. Or leave us a voicemail: 347-746-JUNK (5865).Also, if you like the show, please take a minute and subscribe and/or comment on us on iTunes, Stitcher, Blubrry or Podfeed.net. We can lead the ape revolt with your love and support.