JFD373: Last Summer, Scenes From the Goldmine, I Woke Up Early the Day I Died 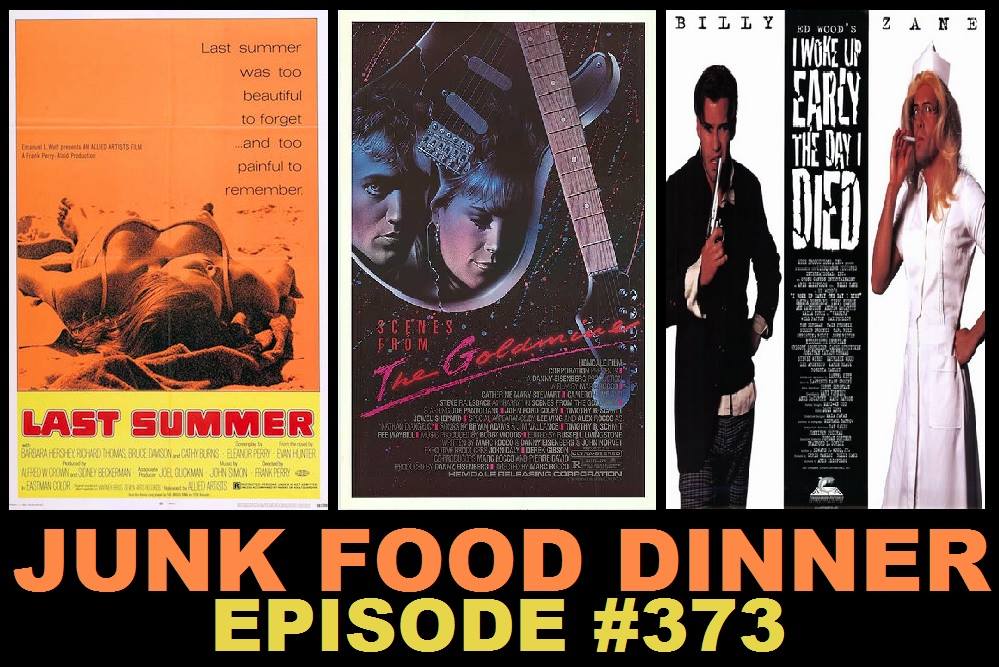 Nobody ever tells Junk Food Dinner what is and isn't possible. Not even the laws of physics are strictly respected around these parts. Case in point and pudding-proof: this week's episode features none other than Wayne Killmeister of Motion Picture Massacre: the Podcast. You won't believe it, but that doesn't change a damn thing. It happened.

First up! Could it be a prelude to Ghoul Summer? Is that the kind of kick Sean Byron's on these days? One thing's for sure, it's 1969's Last Summer, directed by Frank Perry and starring a dead seagull.

Next! The movie that seems like for sure it should have been on HBO all the time when we were kids, but nobody remembers. It's a Kevin Moss blind-pick bonanza as we review 1987's Scenes from the Goldmine! In this case, they're mining for lucrative song publishing royalties (and cocaine).

Finally, who could forget I Woke Up Early The Day I Died. This film, from 1998, is well beloved by all, most importantly Wayne. It premiered famously at the Mann's Chinese Theater in Hollywood, Calif. It's written by Ed Wood, and not the fictional Tim Burton character but the actual historical figure. You gotta see it!

Also, if you like the show, please take a minute and subscribe and/or comment on us on iTunes, Stitcher, Blubrry or Podfeed.net. Check us out on Facebook and Twitter! We'd love to see some of your love on Patreon - it's super easy and fun to sign up for the extra bonus content. We're still working on obtaining Wayne's love and support.
Labels: Barbara Hershey Catherine Mary Stewart ed wood Frank Perry I Woke Up Early the Day I Died Last Summer Scenes From the Goldmine Wayne