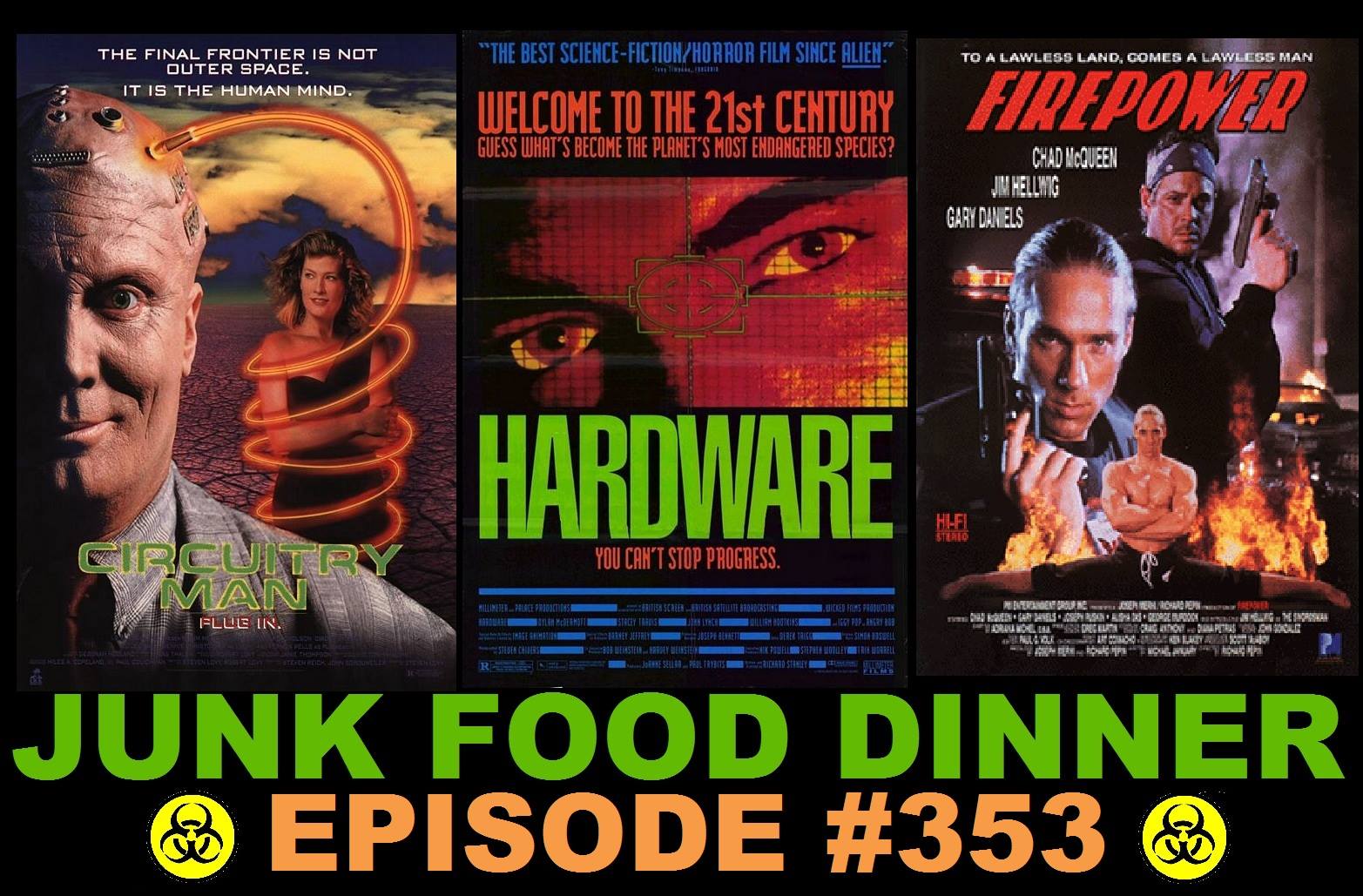 We're locked in the future as another Sci-Fi Ebruary is released into the past. It's true: this Dystopian Action theme show is our final show for this monthlong fictional and scientific journey. But there's always next year, or is there? Well, at least we've got a great guest host to close this one out: director Jason Krawczyk (He Never Died, The Briefcase, Clown Holocaust!)

First up! A confusingly titled, confusingly plotted, and confusingly confusing journey from future Los Angeles to future New York leads to some unexpected activies in 1990's Circuitry Man! It has robot(s)!

Next! Hugely fallen-off director Richard Stanley's widespread acclaims have to be sourced from some film, and it's definitely not his Island of Dr Moreau - could his true virtues be on display in 1990's Hardware? It's certainly got robot(s)!

Finally, we end the show as we end all shows: in a trash-fire ridden future Los Angeles, watching secondrate kickboxing fights from the comfort of The Palace theater's dingy bleachers. It's 1993's Firepower, and I don't think it actually has any robots.

All this plus witty banter between friends, a rollicking discussion in regards to the making of HE NEVER DIED, no news or Blu-ray Picks, continued lack of overt police involvement, sneezes, belches, decrepit erections, gleeks and a whole lot more!

Also, if you like the show, please take a minute and subscribe and/or comment on us on iTunes, Stitcher, Blubrry or Podfeed.net. Check us out on Facebook and Twitter! We'll keep the blinds open for your love and support.
Buy on Amazon and Watch Along:
Gums *** Nightdreams (search eBay) *** Night Of The Living Babes
Dead Ringers *** Mirror Images *** Twin Sitters
Hammer *** Every Which Way But Loose *** Matilda
Trancers II *** We Are Still Here *** Robot Wars