JFD322: Häxan: Witchcraft Through the Ages, Go West, Man with a Movie Camera 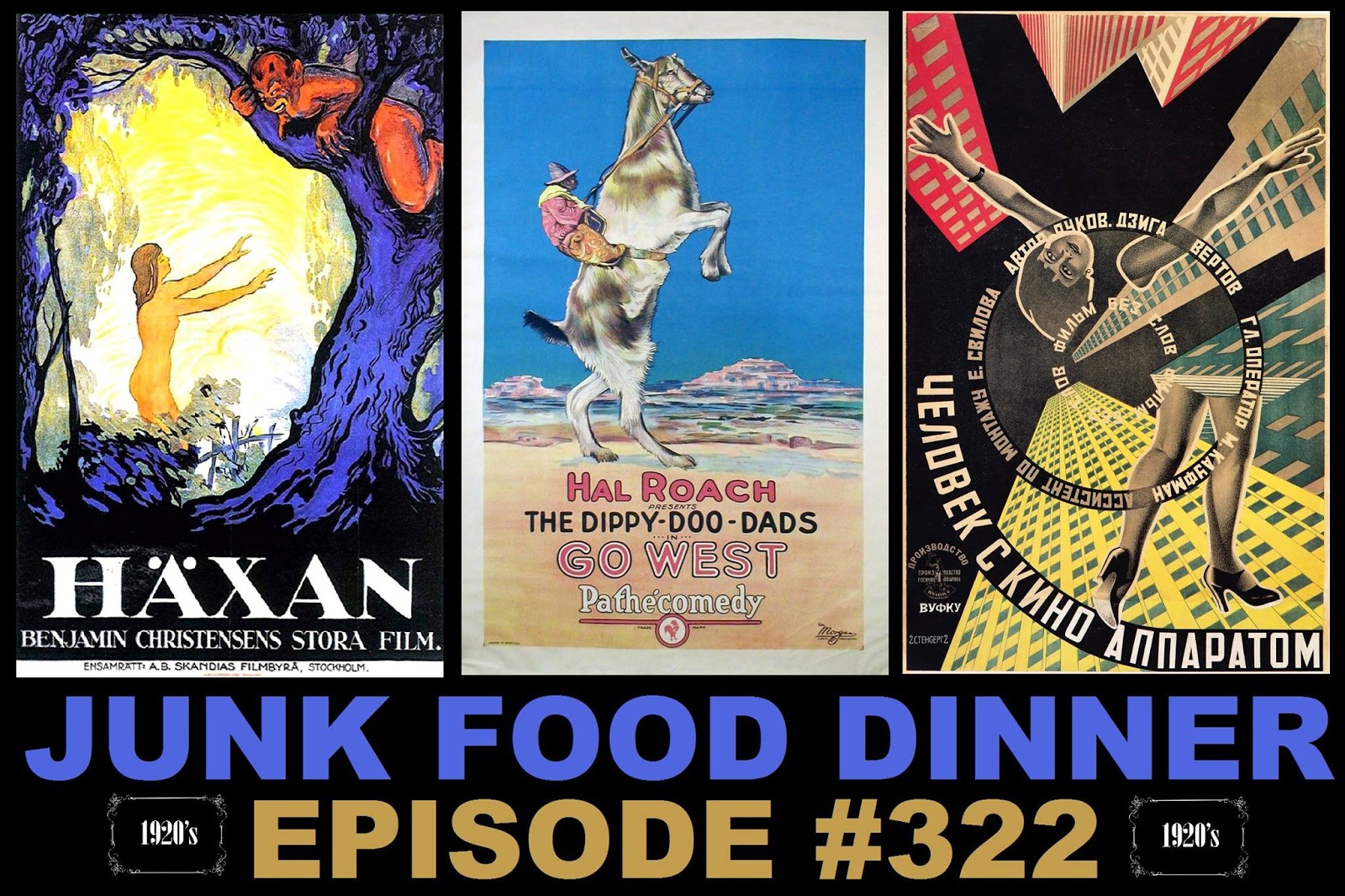 Put on your tuxedo and top-hat, because we're going to the motion picture house! It's the first week of our multi-month #JFDecades project, where we unravel the entire history of cult films, one decade at a time. This week, we explore the weird world of the roaring 1920's!

First up! We delve into the grand-daddy of all Witchcraft flicks, a supremely Satanic seven-part silent Swedish shocker, the surprisingly transgressive/educational/strange Häxan: Witchcraft Through the Ages from 1922! This pseudo-documentary traces the activities of witches from the middle ages through the present, and features a real Haystacks Calhoun of a Lucifer, played by the director (Benjamin Christensen) himself.

Up next! We ride the rails all the way back to the old west, a west so old it's got monkeys instead of people. We meet the original college party animal, a little monkey dude who rides a goat. It's the Hal Roach short comedy Go West, starring the world-famed monkey troupe "The Dippy Doo Dads".

Finally! A 1929 soviet manifesto on the international language of cinema as expressed through verite shots of daily tasks being performed in anonymous Russian cities surely sounds exciting, but what if we told you this proto-non-verbal film features no characters, no dialogue, no subtitles, intertitles, plot or narration? You'd probably say we're talking about The Man with the Movie Camera, and you'd be absolutely right.

All this plus witty banter between friends, Kevin doesn't mind the hotness, Pokemon versus Racism, The Warriors as NeverNudes, Rockabillies love Bettie Page, A History of Nudity in the United States, it was one of those Londons, things a lot of people have and haven't seen, projecting movies behind bands, Nerd News & DVD Picks, continued lack of overt police involvement, sneezes, belches, gleeks and a whole lot more!