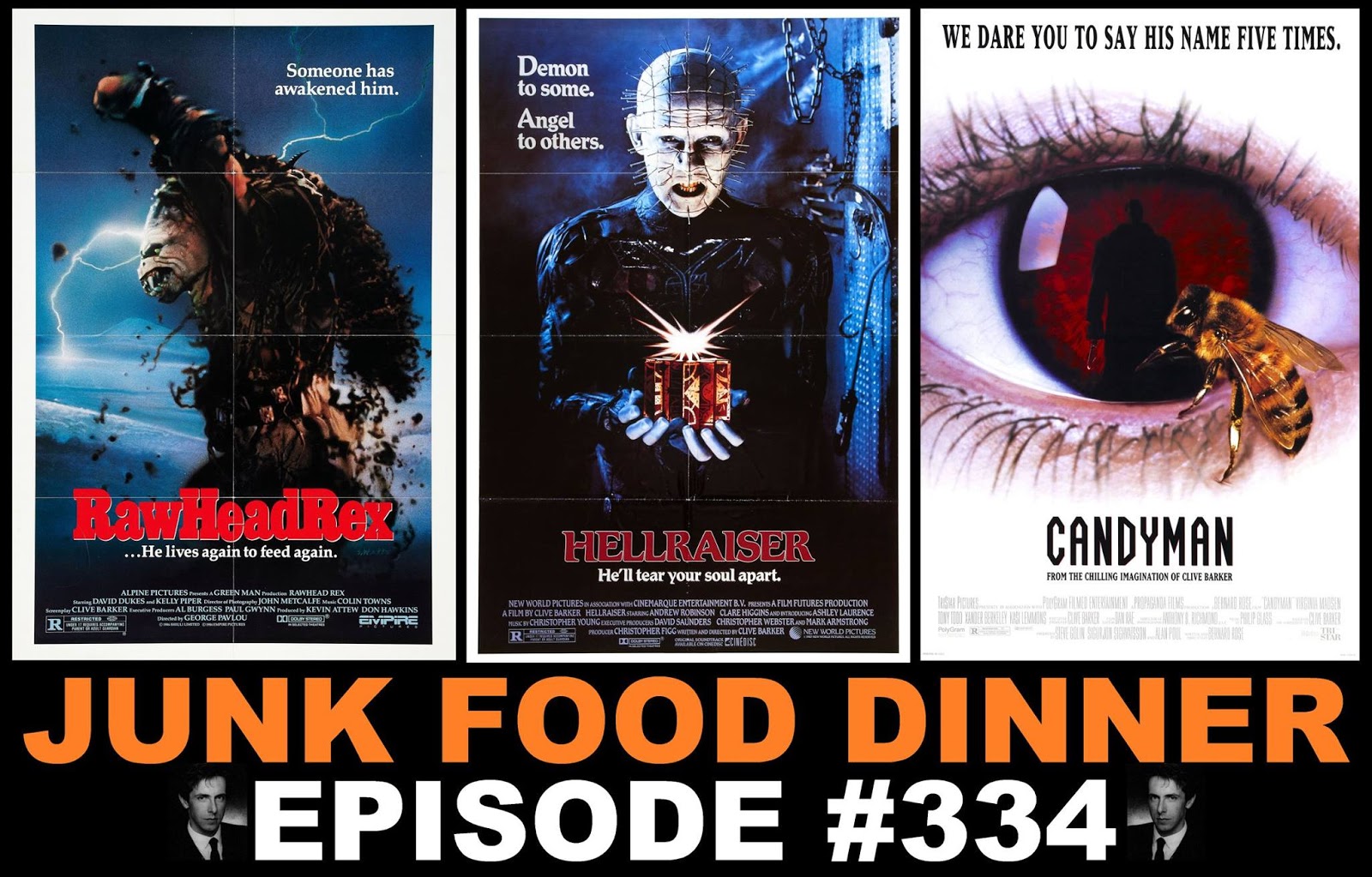 The calendars are all true! It really is Schlocktober already! Can you believe it's our seventh annual Schlocktober already?! And to kick off our month-long celebration of the literally tightest horror movies on the planet, we're throwing a big-ol' birthday bash for Clive Barker!

First up, kids get ripped out of cars by a monstrous pagan god unleashed on the Irish countryside in 1986's Rawhead Rex! The first film based on a Clive Barker (short) story, this low budget horror flick features "the most shoe-horned in gratuitous nudity that Kevin Moss has ever seen." It's got weird sacrilegious themes, too.

Next! We finally tackle one of the most iconic horror flicks of the late 80's, a movie that likely served as most gorehound's introduction to the world of Clive Barker, 1987's Hellraiser. A skinless ex-lover back from the dead haunts a troubled marriage in this BDSM-infused British horror film, directed by Clive Barker himself! Come for the cenobites, stay for the surprising rubber monster fights!

Finally! We stare into the mirror and review this title (Candyman) exactly three times, tempting Tony Todd and the bees to come and get us. Virginia Madsen is a middle-class academic investigating the Candyman urban legend who gets mixed up in a serial-killing world in the projects on the south side. It's Candyman from 1992!

All this plus witty banter between friends, feelin' Schlocktobery, Herzogian tales of South American adventure, Rocky Horror Picture Chats, insensitive virtual reality attractions, Parker was at work all day and didn't even watch the Paul Schrader trailer, getting into that Halloween spirit, and all your favorite Schlitzie jokes, Nerd News & Blu-ray Picks, continued lack of overt police involvement, sneezes, belches, decrepit erections, gleeks and a whole lot more!

Also, if you like the show, please take a minute and subscribe and/or comment on us on iTunes, Stitcher, Blubrry or Podfeed.net. Check us out on Facebook and Twitter! We'll be your final girl in a horror fan-art painting for your love and support.