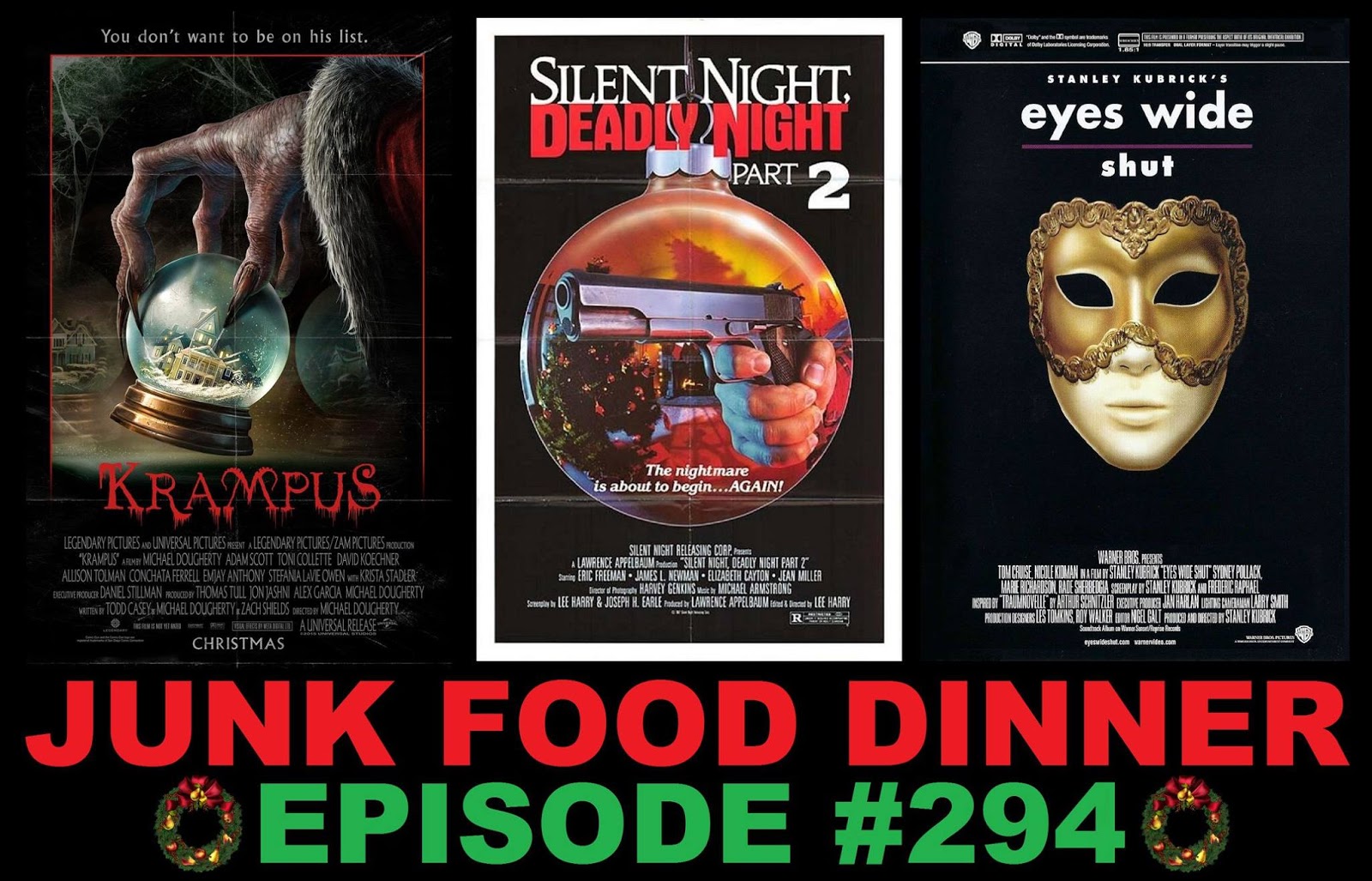 This week, please avoid getting run over by a reindeer as we tackle the Cult of Christmas with some Ho Ho Horror Movies and some Ho Ho Hookers (in Eyes Wide Shut). It's our final show of 2015 and the last thing we need is another raise in our podcasting insurance premiums. Happy Holidays, everyone!

First up! Director Michael Dougherty follows up his 2007 ode to Halloween, Trick 'r Treat, with this creepy tale of Christmas, Krampus from 2015! Adam Scott, Toni Collette and David Koechner star in this PG-13 family comedy / horror retelling of the German fairy tale. It's got all the CGI gingerbread men of a latter day Charles Band flick, but is this holiday stocking stuffer just a lump of coal?

Up next! You've seen the first Silent Night Deadly Night, which means you've already seen almost exactly 50% of the 1987 sequel Silent Night, Deadly Night Part 2! This "sequel" started its life as a simple re-redit of the original film which would be passed off as a sequel, until the director was able to secure minimal funding and minimally talented actors to slap together 40 minutes of original footage. It's got all the garbage day scenes, but is this night "Silent (comma) Deadly", or is it "Silent but Deadly" (ie, farts)?

Finally! Nobody sane would complain about Freado-ing this Christmas pick, because it's the final film of Stanley Kubrick's career, Eyes Wide Shut from 1999. Tom Cruise gets roped up in a secret sexy society in ritzy/dreamy New York City while dealing with wife Nicole Kidman's fantasies of infidelity. It's definitely got Christmas trees, but does this movie warrant the #TomPolitics that one of our hosts brings to the table? Don't let Scientology kill us for what we say on this episode!

Also, if you like the show, please take a minute and subscribe and/or comment on us on iTunes, Stitcher, Blubrry or Podfeed.net. Check us out on Facebook and Twitter! We'll dress up as Santa Claus and shoot at people for your love and support.