This has been a slow movie year for me. For some reason or another (lack of funds definitely being in there somewhere), I just haven't found myself going out to the movies as much as I would have liked to. I'm only prefacing all of this because there could have been 20 films released this year (Black Swan, Machete, Winter's Bone, Best Worst Movie, and Toy Story 3 immediately spring to mind) that I didn't even see. I can tell that my Netflix queue is going to start getting crazy in the coming months. But for now, I'll do the best that I can.

So I know this movie gets a lot of crap, but I'll be damned if I had any more fun with anything I saw this year. Sure it's totally stupid, but that's the entire point. Shut your brain off, enjoy the blatant 80's stereotypes and just go with it. Plus Rob Cordrey, creep that he is, totally cracks me up in this movie. It doesn't all hit (I'm looking at you, wedged-in Cusack love plotline) but when it does (Billy Zabka cameo!), it totally does.

I borrowed this Blu-Ray from a friend of mine and it's pretty great. I'm a sucker for off-the-wall Asian humor; case in point, I saw Shaolin Soccer in the theater 3 times. This movie is a love letter from director Kim Jee-Woon to Sergio Leone, except on steroids. I wish I could have seen it in a theater somewhere. Basically, 3 guys team up to go after a treasure when they find a map, and they run into endless obstacles to get it. Madness ensues. 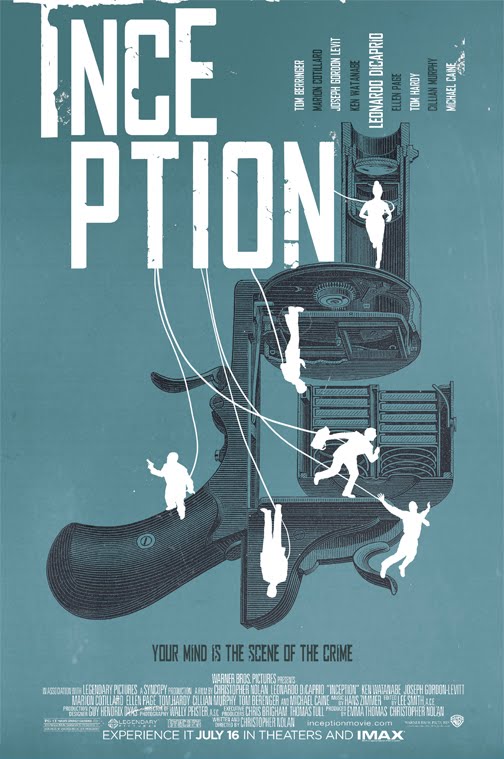 The problem with movies like Inception is how they hold up on a second viewing. I haven't watched it again yet, but I was thoroughly entertained by what Christopher Nolan presented. He walked that tightrope of keeping it just confusing enough to let people dangle but not completely insane and losing them. That is ridiculously hard to do in a movie and he pulls it off. I want to watch it again really soon to see if it holds up after I understand a lot of the larger concepts and see if it holds up, but as it is, it's one of the better movies I've seen this year for sure.

This movie caught me completely off-guard. Superhero movies have been all the rage for the past couple of years. Now we have The Avengers which is either going to mark the end of it or just the beginning of the over-saturation. After all of these movies I was kind of surprised that a movie like Defendor wasn't made sooner. Well, it kind of was with Kick-Ass, at least on the surface. The premise is similar, regular joe decides to become a superhero, but he has to deal with the no powers thing. I like Kick-Ass alright, and it worked on the aspect of these de-facto superheroes dealing with law enforcement and criminals, but it never felt realistic to me. As soon as Hit Girl bounces around the room killing 20 guys at once, or Kick-Ass himself not getting killed the first time he attacked a group of 5 armed men, it completely lost it's realness. Defendor, on the other hand, wallows in it's realism. Defendor isn't a kid trying to impress a girl, he's a guy with serious mental problems, probably from both nature and nurturing, and becoming Defendor is the only way for him to feel like he's making a difference. It's tremendously sad, way more than you get from the previews or any promotional material. Anyways, I've gone on about this one for a while. I could say a lot more but just see it, I think you'll find it's one of the more original takes on the superhero genre.

I just saw this last week, and maybe it's because it is so fresh in my mind, but I didn't enjoy a movie from 2010 more than True Grit.
With any remake there is always a tendency to compare it to the original. I assumed this wouldn't be a burden since I had never seen the original, so I went into it with a fresh perspective. When we got home that night we watched the original, and now unfortunately I think I'm left comparing it unkindly to it's newer adaptation. The thing that I was most caught off-guard about while watching the Coen Brother's take was how funny it remained. The original, despite the subject matter, is a pretty light-hearted western. It's shot with bright colors and John Wayne never seems as threatening as he thinks (or maybe the 60's thought) he was. The new one is very dark though, with nothing but earth tones, it being a western and all. It starts off with slow close up of a murdered man, for crikey's sake! But somehow, it's hilarious. Most of it has to do with the dialogue, which, I assume, is largely from the book, but there are so many little winks and elbow nudges that the Coens and Bridges and Damon and especially Hailie Steinfeld (where did she come from?!) throw in that it kind of crosses genres. It's a western with shades of comedy, drama, and even horror. Kudos to the Coens for another instant classic. There were a lot of shitty movies that came out in 2010, but to be fair, 99% of those were visibly shitty. You could tell from the casting or the plot or the director or any number of things that it's a piece of crap. Like any of those Scary Movie type movies, if there were any of those, you could tell that was crap after 3 seconds of a preview. The Wolfman falls into that dreaded 1% of movies that look really promising from most sides, but are worse than you can ever imagine. Then it doesn't become so much about whether it was the worst movie of the year, it's just that the expectations force it to become a bigger disaster than any normal, run-of-the-mill bad movie could be. Anybody who knows me knows I'm no proponent of remakes, but they can be done well. This was a remake that could work, because the original is so good but was made in a time when visual effects couldn't keep up with ideas. This was a chance to do it right, as it was intended to be.

And they completely fucked it up. Oh my god, I saw this with Mark and we just couldn't stop laughing the entire time. It was like a big joke. The acting is off-the-charts bad. I never once felt any kind of dread, and the final confrontation between Benicio Del Toro (ugh) and Anthony Hopkins (double ugh retire already ugh) is so anti-climactic I could laugh, and did. And one last thing, they CGIed a bear. No, not an attacking bear or a big bear battle or anything like that. A bear that sits on the ground at a gypsy camp, it was CGI-ed. I rest my case.

Despite the fact that he likes "Blair Witch 2: Book of Shadows," Kevin Merryman is a solid dude currently residing in Columbus, Ohio. A veteran of the cult movie scene, he has been a guest on JFD13, contributed to Classy Hands, and has started his own weblog over at Cultural Atrocities. Look for Kevin on upcoming episodes of Junk Food Dinner. Don't act like you won't.
Labels: Defendor Hot Tub Time Machine Inception The Good The Bad and The Weird The Wolfman Top 5 of 2010 True Grit