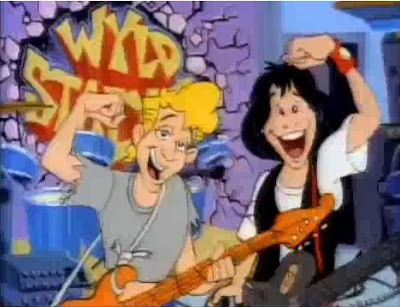 Keanu Reeves got together with MTV to talk about movies. Reeves does a lot of interviews with MTV, it seems. ANYWAY- He had some big news about Bill & Ted 3. A script is gonna be done in the next couple months then they'll be shooting an actual moving picture.
Concerning the plot, apparently our lovable metal heads will be aging and worried about the fact that they haven't written the song that saves the world yet.
Here's the interview:
Movie Trailers - Movies Blog
In case you missed it, here's our interview with Alex "Bill S. Preston, esq." Winter, from JFD22
Labels: Alex Winter Bill and Ted Keanu Reeves MTV