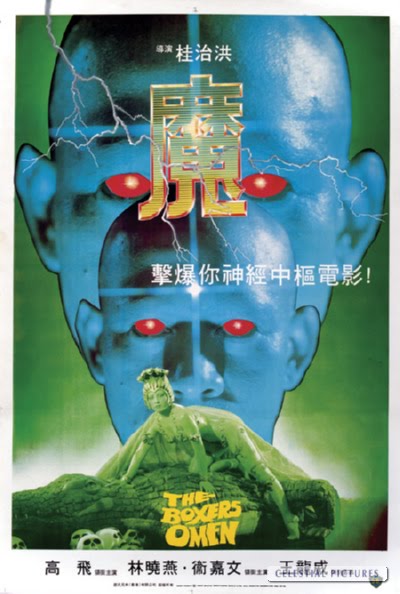 Tonight, Kings County Cinema Society is presenting The Boxer's Omen at Spectacle Theater. I met Nick for the first time the other night at the latest Project Parlor & Junk Food Dinner event and he described the film as "one of the craziest things [he's] ever seen," without blinking an eye. Now, that phrase gets tossed around a lot, but I have to admit that it usually makes me pretty curious about whatever film is being discussed. After watching the trailer at Spectacle last night before the screening of (the very excellent) "Le Prisonniere" as well as a couple clips online, I'm sold. I'll hopefully see some of you creeps there!
Labels: get weird stay weird Kings County Cinema Society Shaw Brothers Spectacle Theater The Boxer's Omen