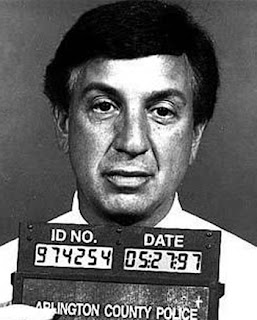 We're back! Round 7 was one of the best nights yet! For this week (Round 8) we thought we'd do something a little different. While "Krull" and "Return to Oz" were hits, they were both really long, right? Right. So, Tuesday (June 7th!) we're presenting 4 bite-sized morsels of weirdness for you to cram into your brain.

Circulating only as a bootleg for many years, this is a true American time capsule. Thirty minutes of solid gold from the parking lot of a Judas Priest concert at the USAir Arena in Maryland. Witness the majesty of cool t-shirts, sing-alongs, beer, dope, bad hair, good hair, cars, swear-words, groupies, and more as we present this once lost gem.

This girl wants to party with you: http://www.youtube.com/watch?v=yyN-OAHC4TY

You know who cares about kids? Mr. T. Oh, you didn't know that? Well, prepare to be pitied, fool. Mr. T teaches kids (including a pre-meth addict Stacy Ferguson) the virtues of wearing clothes, being nice to your mom, staying in shape, getting over being shy, and the dangers of peer pressure (with the help of Bobby Brown-era New Edition). Full of good intentions, this mostly comes off as weird. And when we say weird, we mean the parts where Mr. T exercises without pants.

On the subject of your mom, and how she should be treated: http://www.youtube.com/watch?v=U53XWlGK4hY

During his time as David Letterman's head writer (which he started at the tender age of 22!), Chris Elliot found time to make these forgotten jewels. 1986's "Action Family" spoofs light-hearted sitcoms and gritty cop drama's all at once through a variety of well executed gags (shot on film during the cop segments/shot on video for the sitcom segments, etc.) and dialogue. Check out a cameo from David Letterman and a young Seth Green!
After a weird dream about Abe Lincoln, and a musical number, we're back with "FDR: A One Man Show" with commentary by Marv Albert about the...uh...life...of FDR. More great sight gags and another appearance by Lincoln.

The Toll were Brad Circone, Rick Silk, Greg Bartram, and Brett Mayo. Hailing from Columbus, OH they were (somehow) signed to Geffen Records and toured extensively. Presented here is a tape (found in a dumpster) that quickly found it's way into heavy rotation. Part interview/part long form music video, this is another time capsule to round out the evening. Watch the thrilling reaction shots of Greg Bartram nodding, soak up nuggets of wisdom from Bret Mayo, feel yourself being covered in the unbelievable and almost inhuman amount of sweat and spit that seemingly cascade off of Brad Circone during the live segments, get scorched by the other worldly guitar work of Rick Silk. The interviews are almost as rambling and incoherent as the songs themselves. Are we overselling this? Good.


SEE YOU CREEPS TUESDAY (6/7/11)!
www.junkfooddinner.com
culturalatrocities.blogspot.com
Got a question or suggestion? Compliment or complaint? Drop us a line at jfdpodcast@gmail.com / 347-746-JUNK and let us know what you think!
Labels: Chris Elliott Heavy Metal Parking Lot Marv Albert Mr. T Project Parlor The Toll