Cory Smoot, of GWAR died yesterday while on tour. Smoot's been playing the Flattus Maximus character since 2002.

As a life-long fan of GWAR (well, since I was 14. And, honestly, life doesn't really begin until you're a teenager), this is a total bummer. If I was involved in some sort of Wishmaster-esque ultimatum and I was forced to live the rest of my life with only the music of two bands, and all other music being destroyed forever, GWAR would be one of those two bands.

Anyway, our collective JFD thoughts are with the band. 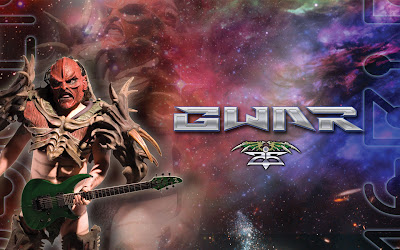