Hollywood has an untold story for us: Spider-Man. 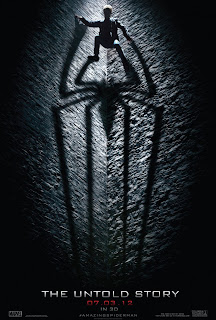 So, there's a new "Amazing Spider-Man" poster out that demands that we acknowledge that they will be telling us the "Untold Story."

I'm willing to bet this story had been told once or twice, maybe even three times before by Sam Raimi. Maybe the story was even told a couple times before that in cartoon form. People may have even heard the story in one of the many Spider-Man video games that have been released. And if people perhaps missed the story of Spider-Man there, maybe they caught in one of the comics that have been coming out monthly for about half a century.