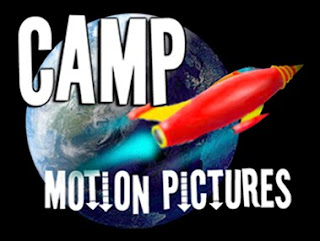 Earlier today, we caught wind of some really exciting news! Our old pals at Lunchmeat VHS Fanzine and our new pals at Camp Motion Pictures have teamed up for something really special that is sure to melt your brain. Check it out:

“THE MONSTER CHANNEL” LAUNCHES VHS SPOTLIGHT SHOW
THIS FRIDAY THE 13TH AT MIDNIGHT EST"
Fourth Castle Micromedia’s The Monster Channel, the only 24/7 interactive channel for horror fans, will launch "LUNCHMEAT VHS REWIND THEATER", spotlighting 1980s shot-on-video VHS horror, Friday night January 13 at midnight EST.
Hosted by JOSH SCHAFER, the editor in chief of LUNCHMEAT MAGAZINE, the fanzine for VHS aficionados, the series will feature selections from Camp Motion
Pictures: "Video Violence" (1987), "Video Violence 2" (1987), "Cannibal
Campout" (1988), "Woodchipper Massacre" (1988), "Splatter Farm" (1987),
"Beauty Queen Butcher" (1990) and "Ghoul School" (1990).
Links to purchase or download these and other Camp Motion Pictures titles will
run concurrently during the screenings.
Viewers can interact with hundreds of fellow fans in the embedded chatroom during the film, a feature unique to The Monster Channel.
LUNCHMEAT VHS REWIND THEATER premieres this Friday night, January 13th at 12 midnight (EST), only on www.monsterchannel.tv. The films, including the entire Camp, Pop Cinema and Alternative Cinema catalog, can be downloaded or purchased at www.alternativecinema.com


And if you need more LUNCHMEAT VHS FANZINE in your life, well there's plenty of ways to get it! Check out lunchmeatvhs.com for all the news between issues, pick up a subscription, and get hip to their other screenings! This month, Josh will be presenting AMERICA'S DEADLIEST HOME VIDEO at the illustrious Spectacle Theater.

Also, be sure to check out Episode #27 where Josh joined us for a discussion on VHS and his pick for the show - I SPIT ON YOUR GRAVE! 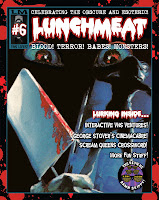