Turns out vampires CAN get worse than Twilight and True Blood

Just stumbled on a trailer for a movie starring Alicia Silverstone. This is remarkable for two reasons. First, I didn't think I'd ever write that first sentence in a post-Y2K world. Secondly, we've all been belly-aching about how stuff like "Twilight" and "True Blood" have ruined vampires by turning them into either sparkly, vegetarian day walkers or "soap opera sexy" cajuns who live by more strict, ancient rules than the Taliban. But, it turns out vampires, both as a creative device and as a pop culture entity, can get way, way worse than either of those two aforementioned abominations.

Don't believe me? Here ya go: 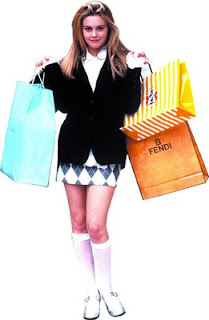 This seems like one of those insanely shitty, unfunny Saturday Night Live movies, except it doesn't have the benefit of at least being based on a once-funny 3 minute sketch.

How fucking tired are these jokes? And haven't most of them already been given to us in movies like "Vampires Suck" and "Taintlight" in the last couple of months? At least actual funny person Ken Jeong was in one of those (unwatchable) movies, rather than Alicia Silverstone.

"Who's best to star in our new comedy about immortal vampires?"

"She sounds perfect because we all remember her as a charming and adorable 21 year old, so suddenly seeing her as a old, gross, uncharismatic almost-40 wretch will really hammer home that 'ageless and immortal' vampire thing."

Anyway. In summation, Krysten Ritter is a next-level fox so I'm for sure gonna see this.