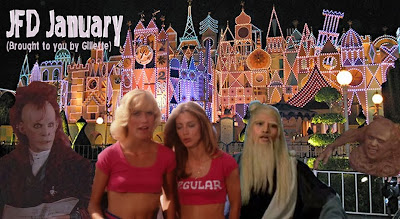 Hey, Junkies! We're kicking off 2014 in a big way! On JFD194, we'll be listing our Top (and Bottom) movies of 2013 and then doing full reviews for some cool movies from the past year that may (or may not) be in our Top lists. Also, we're (finally) taking the advice of the hundreds of thousands of people who've mentioned it to us: We're doing a theme show around '90s techno thrillers about how evil the internet and technology was. We've also got some groovy guest hosts who've accepted our offer of a smoke and a pancake.