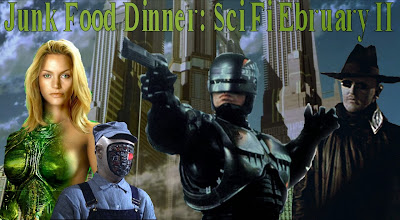 Sci Fi Ebruary II is upon us. And we say, "Engage."

It should be noted that this month will feature our 200th episode. Thanks for supporting us (and liking us on facebook and leaving us iTunes rating/reviews and sending us emails and voicemails*) for these past 200 shows. You dudes are the spring in our step!