I actually saw more than 10 films this year. Below is my summation of 10 of the most memorable:

10. Blue Jasmine:
Depending on how folks feel about creepy, neurotic perverts as directors, there’s a good chance that many people avoided Woody Allen’s latest effort on virtue of Allen himself. I get that. The moment I heard that there was possibly some creep working the line at the Oreo factory, I immediately threw away all 15 bags of Oreos I had stored and then I dusted my hands of the once excellent sandwich cookie. Seeing as I don’t particularly care about Allen’s messed up private life, I was able to enjoy Blue Jasmine and all the performances of the actors therein, even Andrew Dice Clay. 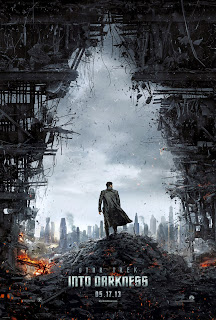 9. Star Trek Into Darkness:
I was originally going to pick The Great Gatsby as my #9, but I looked forward to that movie for almost two years, and it didn’t really deliver, even in Baz Luhrman’s usual over-the-top inanity. Yet, somehow, I’m totally okay replacing that crazy piece of work with the rebooted Star Trek sequel. I guess we’ll just chalk up this replacement to Benedict Cumberbatch being Kahn in the film.

8. Pain & Gain:
Typically, I don’t go for Michael Bay films, and not because I have any personal grudge against the guy. Sure, I could reject his films because he’s a misogynist creep who likely has done way worse stuff than Woody Allen, as far as directors’ personal lives go, but I instead judge the quality of his other films, like Transformers and Transformer Deuce. Michael Bay does not usually make good films, nor can many of his compiled images pass for any loose definition of a movie. But here we are, talking about his film Pain & Gain. It’s based on a true story about a kidnapping gone wrong in Miami, and Bay, or whoever was really in charge of everything, did a great job of showing the struggle for money to buy into the American Dream, and shows just how drab that materialism reveals itself to be. It’s expressive, engaging, and cohesive, which I would expect from people like the Coen Bros., but is easily comes off as impressive from Bay’s usual garbage.

7. Spring Breakers:
Something again about being in Florida and doing dirty shit to buy into the American Dream, but this time with jaded college girls and James Franco as a rap artist. It’s a bit too heavy with symbolism in parts, but a must-see for anyone who want to hear Franco creepily whisper “Spring breaaaaak” at eight different points over two hours.

6. The Place Beyond the Pines:
Ryan Gosling is a shifty carney that still comes off as attractive while pulling off a string of bank heists. Bradley Cooper is the unsexy cop who crosses his path. They both have kids who grow up to be miserable, totally unlikeable teenagers. This movie provides enough focus on each of the four characters to get its point across. Also, I kept misremembering the film title as “A Place Beyond the Valley of the Pines.”

5. This is the End:
It’s another Evan Goldberg & Seth Rogen film, and like their earlier film, Superbad, they take to Judd Apatow’s technique of not editing for time, but unlike Apatow’s films, This is the End remains funny when I think about it. There’s a weird dedication to the Rapture that at times feels a bit too serious, but often gets diffused by one of many, many, MANY dick jokes. Goldberg & Rogen obviously love dick jokes. 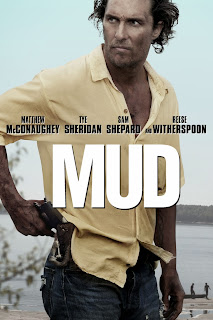 4. Mud:
This movie is about young kids growing up in rural areas and trying to fight for romanticism as their worlds turn to crap. It’s subdued and is kind of charming in how earnest the two pre-teen boys are in their efforts. Plus, Matthew McConaughey continues his phoenix-like rise of doing excellent work after years of being an aloof handsome lead in rom-coms, and Reese Witherspoon gives it her usual try that is not her in the film Election (She’s so good in Election, seriously go watch that for why she still gets a pass).

3. The World’s End:
The last of Edgar Wright’s Cornetto Trilogy, The World’s End capitalizes on best friends against seemingly endless hoards, just like in Sean of the Dead and Hot Fuzz. There’s a severe difference in the best friends’ relationship during this film and especially at the end from the previous two films. While the film doesn’t parody or pay homage to a particular film genre as obviously as the other aforementioned films do to zombie-horror and cop-action films respectively, the film doesn’t need those aspects to remain enjoyable.

2. 12 Years a Slave:
This film is a total bummer and all the white people, even Benedict Cumberbatch, in it turn out to be a total asshole (except for Brad Pitt, who was also and Executive Producer on the film), but holy Hell, is this film ever well done. Steve McQueen somehow discovered excellent visual language and pacing while also blending subtle sound work. I haven’t seen something so complete and take successful chances in any other film from the past few years. And even though it is so soul crushing, McQueen manages an uplifting ending. How is there an uplifting ending on a film based upon a book of horrific autobiographical events, also titled 12 Years a Slave? Again, McQueen is incredibly capable. 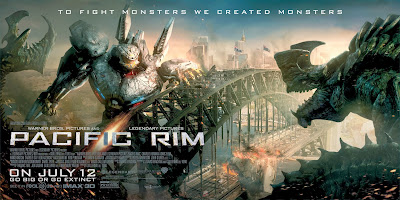 1. Pacific Rim: I think I’ve loved everything Guillermo del Toro has done, and Pacific Rim is no exception. Del Toro does his usual mind bending work of creating wholly believable and stylish abnormal experiences and makes them appear within reach of our own world. It is a great tribute to Kaiju films (even lending the name as a catch-all reference of large beasts in the film) and mecha films while seeming completely unique. The way the large mechs, also known as Jaegers, operate makes for great relationship dynamics, and everyone is so fun to watch- Idris Elba, Rinko Kikuchi, Charlie Day, and even Charlie Hunnam. My only complaint would be that Ron Perlman needed more screen time, but that’s my complaint for every film that features Ron Perlman. This film is some of the most fun I’ve had at the movies in a long time. Jason "Razorman Frisman" Frisbie is the co-host of Pool Party Radio and has recently finished his apprenticeship to become @Sawfan667.

In the next week, JFD's Kevin, Sean and Parker (and maybe more Friends of JFD) will be posting their Top 10 Movies of 2013. Check 'em out!