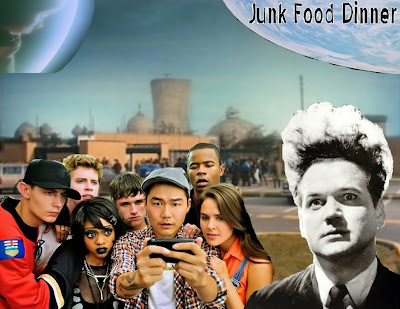 Hey, Junkies! Here's our March Calendar! We'll be reeling from a Sci Fi Ebruary hangover, so no theme shows this month, just loosey goosey randomness. And then, of course, we bring out some heavy-hitting cult classics the last week of the month. Why? Cuz that's our fourth birthday! We've been a show four years already! Thanks for loving us these past four years, and if you haven't already, leave us a review/rating on iTunes. You haven't had one minute to spare in four years? Get real.