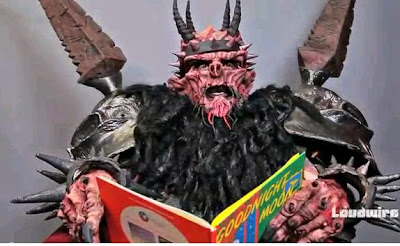 Dave Brockie, aka Oderus Urungus of GWAR, passed away a couple of days ago at 50. Needless to say, the JFD crew is bummed at this sad piece of Nerd News. As a dude who's favorite band has been GWAR ever since getting "Rag Na Rok" on CD for Christmas at 14, I (Parker) am totally bummed. 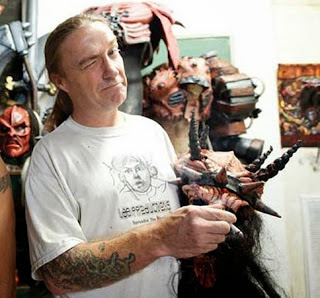 Brockie is one of those dudes I've always found fascinating and heroic. He's a dude that decided one day, "You know? I'm gonna wear a rubber monster suit and play metal songs with my friends and that's what my life will be." And I fucking love that. GWAR's humorous use of violence and profanity as a means of mirroring societal evils is something that has influenced me in a big way. The Tipper Gore-esque idea that GWAR raping and killing a group of mutant penguins on stage was somehow more harmful to children than the real wars and real murders on the news every day was a cultural silliness we still deal with when more people are outraged that Miley Cyrus twerks than they are when our president bombs countries we've never even been taught about in school.

GWAR recently pissed off the entire island of Australia after killing some effigies of their politicians on stage, so I guess they're used to it by now.

Anyway, here's the interview part of episode 33 where we talk about the GWAR movies, "Phallus in Wonderland," "Skulhedface" and "It's Sleazy." We also talk about the new (at the time) album "Bloody Pit of Horror." You can donloyd the full episode 33 if you wanna hear the whole episode and our reviews of the movies and stuff.