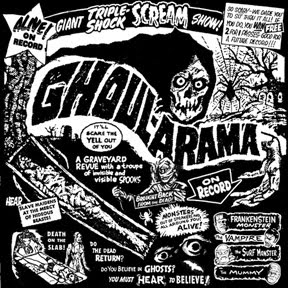 Hey, junkie ghouls! We're already an episode deep into July, but don't worry. We didn't forget about you true weirdos who like to watch along with us. So here's our schedule for the month. And a what a month it is to watch along. If you're a long-time listener, you'll know that when the thermometer gets all red, so does our thirst for the ghouliest, grossest, most disturbing movies. And this year, we've got 2 Ghoul Summer episodes for you! We've also got a whole slew of awesome guests this month!

And remember, the summer's not over after this month! Just like last year, we'll be unleashing Shock & Awegust next month, our month-long celebration of all things tough and explosions of all kinds.