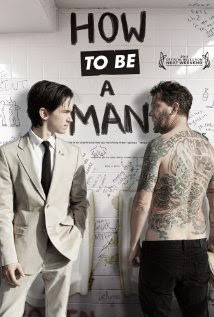 I usually like to keep my lists tight as a pair of Chucks and not do include ties or honorable mentions, but I've been switching these three excruciatingly different movies around like a shell game on my Top Movies List for about 6 months and I can't decide which I like best, as I like them in pretty different ways.


"How to be a Man" is written and produced by Vice Magazine founder Gavin McInnes ("A Million in the Morning") and concerns a middle-aged dying comedian who makes a video about how to be a man for his unborn baby he'll never meet. It's low-budget and works in a guerrilla-like way to play to its strengths and cover up its weaknesses with hilarious performances from McInnes and super fox Megan Neuringer. Regardless of whether you or I agree with everything (or anything) McInnes says IRL, the truth of this movie is that all our lives would be significantly better if we were born with a video telling us how to buy drugs, how to win fights and how to eat pussies.


"X-Men" is a movie that kicked my teeth in for not really ever caring about the X-Men. I find most of the other movies mediocre, I never got into the comics and a cross-over time travel tale set in the '60s seemed like a clusterfuck. But, it was pretty rad. Casting A-List actors like Michael Fassbender and Jennifer Lawrence for a summer blockbuster is a sure way to kick things up and there's about three Final Destination-esque scenes where superhero mutants get slaughtered like they're storming Stalingrad.


"Dragon Ball Z"'s first movie in like 15 years prompted me to go to the theater purely out of nostalgia, but made laugh out loud more than any other movie this year. There's something inherently funny about the God of Destruction politely asking for a second helping of pudding. Also, that animation was intense on a big screen.

9. "Nightcrawler"
Jake Gyllenhaal gives a career-defining performance that, sadly, probably won't win any Oscars because it's in a really dark movie where he doesn't help a white authority figure get over a speech impediment or whatever dumb horseshit the Oscars care about. This movie is about the dark side of ambition and the violent side of Aspergers (maybe). It also makes Los Angeles seem like a real place where real people live (and die horrifically) and not just a series of beaches and palm trees surrounded by Heather Locklears. 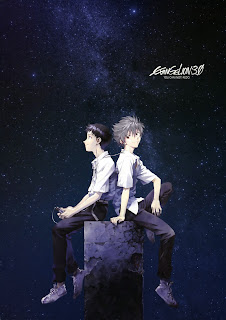 8. "Evangelion: 3.0 You Can (Not) Redo"
I don't even particularly like anime, but I have two anime movies on this list, so maybe I should become a redditor or something, I guess. We talked about The first movie in this series a while back on the show and Mark and I both loved it, which is such a rare thing that that in itself should sell you on how awesome these movies are. A young boy and his school-age chums pilot monster robots to save Tokyo from Kaiju monsters that are also Christian angels. It's pretty weird and intense and nihilistic and depressing and the animation is top-notch. This third film jumps ahead a few years to a time when everyone failed and the world has basically ended. It's the most intimate and character-driven of the three and without a doubt the most ghoulish.

7. "Blue Ruin"
Like I said on the new episode, Revenge movies have been around awhile and it's pretty fashionable nowadays for the revenge-getter to have a particular set of skills that make them the Superman of Revenge. And that's fine. I like those movies. But Blue Ruin takes revenge back to the days of "Death Wish" or "I Spit on Your Grave," where the revenge-getter is just some schlub with nothing left to lose and is fueled by anger and a (perhaps misguided) desire to settle a score. This movie is anchored by an awesome performance by Macon Blair and a deliberate pace that never rushes anything.

We talked about this on the show recently, too, on Episode 241 and I think, somehow, I liked it more than any of us. I went into the film curious, but with my grumpy arms folded because I don't like Adam Wingard's previous "You're Next" and I downright HATE his "A Horrible Way to Die." But I think I was sold on this movie no more than 12 minutes in. It's got a beautiful early Carpenter/Neo Noir feel to it, an insane soundtrack and the best dangerous sociopath performance since "American Psycho." The character of David is complex, scary, warm, funny and intimidating, often all at the same time. The end gets a little wonky and maybe there's a missed note here or there, but it doesn't really hinder my actual enjoyment of the movie. 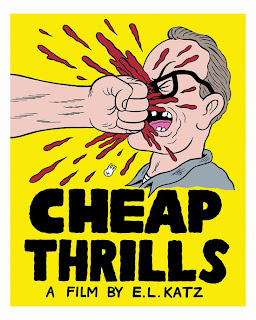 Yet another movie we did on the show and we talked about our Top 5 on this week's episode, so I'll keep these short. This movie bends and breaks genre boundaries and is brought to life perfectly by great direction from a first-timer and a cast at the top of their game. Who would have thought 2014 would belong to Pat Healy and Ethan Embry? Healy stars in this, possible best true horror movie of the year — "Starry Eyes," and has a role in "Captain America: Winter Soldier," while Embry's in this, "The Guest" and the under-the radar werewolf flick "Late Phases."

4. "Guardians of the Galaxy"
Everybody loves this. It is perfect.

3. "Captain America: The Winter Soldier"
A perfect yin to the Guardians' yang. Despite certainly being a fun summer blockbuster, there are no fuzzy stuffed animals in this movie. Guardians is a escape from reality and Captain America shoves the reality of war, spying, Big Brother, global terrorism and Chris Evans' perfectly constructed jawline right into your face. (Although, sure, in a blockbuster kind of way, it's not The Hurtlocker or whatever). Captain America is my favorite superhero and I'm certain this movie led him to being a lot of other peoples' too.

2. Boyhood
As a Richard Linklater fan, I was genetically predisposed to like this. Although, I assume everyone who has ever lived a day on Earth is probably going to like this, too. 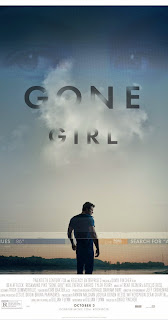 David Fincher makes the tiniest things look like atomic bombs. There's a scene in this movie where a cop sticks a post-it note on something and it made me sweat like that Key & Peele sketch. I was jumping in my seat when Ben Affleck would get text messages like they were cats on the Nostromo. Affleck preparing to talk to a Nancy Grace clone shook me to my core like I was watching Sarah Connor preparing to fight the T-800.

Well, that's my Top 10. Through the year, I was ranking all the movies I like on Letterboxd because my love of movies is only exceeded by my love of making lists. So if you're interested in my Top 50, it exists.
Labels: Lists Parker Top 10 Top 10 of 2014