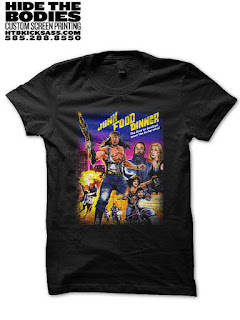 Greetings, junkies! The holiday season is upon us and that can mean only one thing! You're gonna be cold. And the only way to keep warm while also being stylish as fuck is to buy the new Junk Food Dinner shirt from Hide The Bodies. It's printed on a next level quality T that's guaranteed to be as soft as the ghost who's wearing it!

In addition to clothing you, we'll be reviewing movies in December. Which ones? Find out now by reading the subsequent words on this post!! 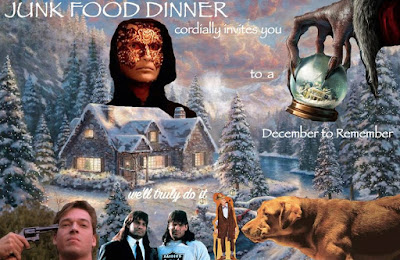