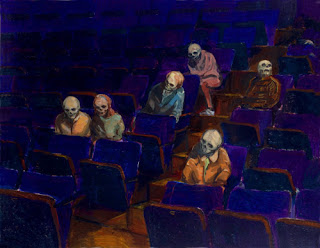 It's that time of year, creeps! Ghoul Summer is back! Sure, we're doing it a little early this year, but that's just because it's so fun we couldn't wait. (Also because we have a HUGE project on the horizon). We got the gross stuff, then we got a cool-down week with some more-chill summer fair. Enjoy, creeps!