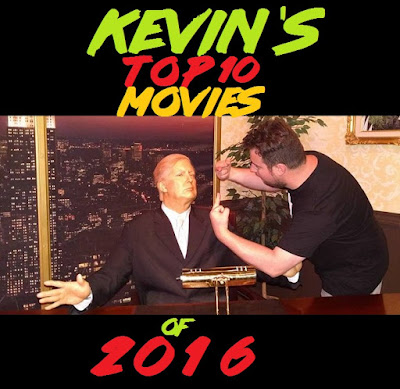 While 2016 was by all accounts a pretty shitty year, there were definitely some fun and unique flicks projected onto your cinema and drive-in screens over the past 365 days. Here are my favorite ones I saw:

I was super pumped for Winding Refn's horror follow up to Only God Forgives and Drive (two movies I really enjoyed). And while The Neon Demon left me a little disappointed, you can't argue that it's not a very cool looking film and a unique movie-going experience in 2016. 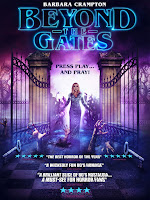 9. Beyond the Gates (d: Jackson Stewart)
It's no secret that director Jackson Stewart is boys with your hosts here on JFD, however, that makes it all the more exciting that a dude we know directed one of the best horror movies of the year. One of my biggest complaints of modern horror is the lack of fun in the genre and Beyond
the Gates delivers the fun with a capital F.

I liked Cloverfield alright, but had no strong attachment to it, so when a semi-sequel showed up in theaters seemingly out of nowhere in early '16, I didn't have a lot of expectations. However, great performances from John Goodman and Mary Elizabeth Winstead paired with a tense and intriguing plot made this a surprise winner for me.

After an admirable but ultimately disappointing American effort at Godzilla in 2014, I was ready for the Japanese to take the reins again and show us how it's done. The first Japanese Godzilla film to play in US theaters in almost 20 years returns the series to the more serious tone of the original Gojira. And while the dialogue-heavy film may not exactly thrill viewers looking for epic monster battles, I still really enjoyed it.

5. The Love Witch (d: Anna Biller)
Anna Biller meticulously crafts a sexy homage to the Technicolor flicks of the 60's
and 70's that looks and feels spot on. Just as a visual feat alone, this movie deserves your attention. The story gets a bit long and goofy at times but overall was a totally unique and exciting visual experience.

3. The Wailing (d: Hong-jin Na)
Sean Byron hipped me to this South Korean crime thriller/supernatural horror flick and I'm glad he did. Probably the creepiest and most intense horror film of the year, it's also expertly directed. Star Do-wan Kwak is instantly likable and relatable as a man pushed to the breaking point by all the fucked up shit happening around him.

2. Tickled (d: David Farrier & Dylan Reeve)
Probably the movie I talked about most with friends this year. Tickled is a documentary the looks into the weird world of competitive tickling videos on the internet. While the subject seems silly enough at first, the film takes a dark turn as the filmmakers dig deeper into who is behind the videos and things get really awkward and weird. It'll definitely leave you wanting to know more. 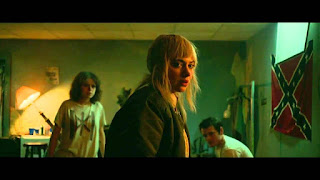 Jeremy Saulnier follows up his fantastic Blue Ruin with another gritty, realistic and violent tale of what can happen when shit hits the fan. This intense thriller was definitely the best movie I saw on the big screen in 2016. Great performances by the young cast, lots of gore, distrust and punk music, this is a must-see.